Professor Tim Bale, Professor of Politics, with the School of Politics and International Relations has written an opinion piece for The Conversation on the G7 summit, Joe Biden’s first trip to the UK as US President, and what we can expect from his meeting with Boris Johnson. 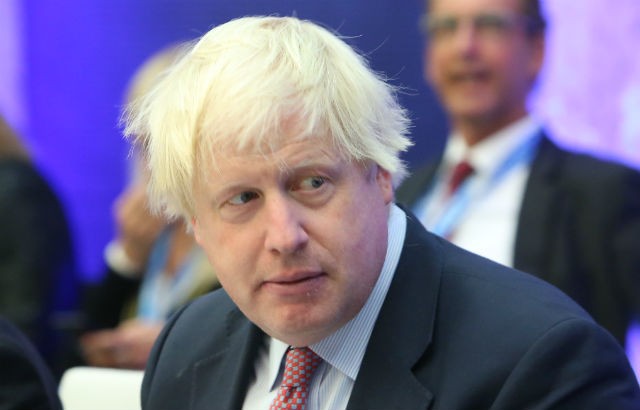 Joe Biden’s first trip to the UK as US President this week is bound to produce hundreds of hot takes on the state of the so-called special relationship, most looking for signs either of its continuing strength or its more or less imminent demise.

Runes will be read, words parsed, and body-language interpreted in the hope of answering two perennial questions: does this new administration in Washington value the UK as much as its predecessors valued it? And does it value the UK more than it values any other country?

Sad but true – and should you doubt it, just cast your mind back to late January and the evident (some would say pathetic) satisfaction occasioned in the pages of Britain’s Conservative-supporting press by the news that Prime Minister Boris Johnson, and not German Chancellor Angela Merkel, was the first leader outside North America to get a phone call from Joe.

But if those questions are perennial they will also be seen as all the more burning this time around.

For one thing, there’s Donald Trump. Although Boris Johnson eventually did his best not to appear too pally with him, the PM couldn’t help but be seen as something of an ally of the 45th President – even, perhaps a populist kindred spirit.

Then there’s Brexit and, in particular, concerns that the UK is playing fast and loose with arrangements for the border between Northern Ireland and Ireland. Sticking to the agreed plan is regarded in the US as crucial to the maintenance of the Good Friday Agreement that guarantees peace on the island. The new president is proudly Irish-American and takes the US role as custodian of the peace deal very seriously.

But another Brexit-related anxiety will be bothering Johnson just as much. The prospect (or otherwise) of a free trade deal with Washington is always on his mind. After all, a key element of the Brexit promise was freeing British governments to strike free trade deals with other countries. And, surely, no country offers a bigger and better prize in this respect than the world’s richest state, the US?

Possibly, but before anyone gets too excited it is worth noting that the UK government’s most optimistic estimate is that such a deal would increase its own GDP by just 0.36%. That’s non-trivial, perhaps, but (like the apparently imminent FTA with Australia or the deal just reached with Norway, Iceland and mighty Lichtenstein) hardly a triumph unless, heaven forfend, Brexit is as much about symbols than substance.

It may of course be that the UK’s plan to join the Comprehensive and Progressive Agreement for Trans-Pacific Partnership (CPTPP) might mitigate any failure to negotiate a bilateral deal between London and Washington, especially if the latter were eventually to join it too. Unfortunately, however, “eventually” looks like a fairly long time away right now.

Still, if progress stalls on a US-UK FTA, the Johnson government can always take refuge in its defence and intelligence cooperation with the US. That’s especially true now that it is dealing with a president who is, to say the least, rather more sceptical about his Russian counterpart than his predecessor.

Biden also appears, however, to be prepared to continue Trump’s tough stance on China, albeit couched in much less inflammatory language. This is something that will suit a Conservative Party which has come a long way from the days when the far-from-sinosceptic David Cameron was taking China’s President Xi Jinping down the pub for a pint.

The meeting of minds on that issue may well explain how heavily the UK government’s recently published integrated review of security, defence, development and foreign policy was spun as ushering in an “Indo-Pacific tilt”.

Once again, however, if we look past the symbolism to the substance, it is obvious that the review, in addition to emphasising that “the US-UK partnership underpins our security and saves lives”, continues to see Britain’s main contribution to western defence as covering what it calls “the Euro-Atlantic area” and supporting Washington’s long-running campaign to get other NATO allies to up their military spending.

There are also less familiar points of communality that the UK will be keen to leverage. The most obvious among these is multinational tax reform and (even if activists worry that politicians tend to will the ends but not the means) the collective fight against climate change.

Whether any of this will be enough to persuade sceptical Democrats that Johnson is anything other than a “shapeshifting creep”, as one of them none-too-diplomatically put it just after they’d won the White House, is a moot point.

What we can say with rather more certainty, however, is that Johnson, who’s borrowed liberally from the film Love Actually before, will be even less inclined than any of his predecessors to do a Hugh Grant and tell the US president that “the country of Shakespeare, Churchill, The Beatles, Sean Connery, Harry Potter, David Beckham’s right foot, David Beckham’s left foot” is no longer going to do what it’s told by Washington.

Indeed, if anything, post Brexit, the tone will be more Notting Hill than Love Actually. Johnson is cast in the Julia Roberts role, begging America to remember that, as has long been the case when it comes to the special relationship, Britain’s “just a girl standing in front of a boy asking him to love her.”