Researchers uncover genetic cause behind glaucoma

New research has identified a genetic mutation linked to a type of glaucoma, known as primary angle-closure glaucoma (PACG), which could open up new avenues for the early detection and treatment of the disease. 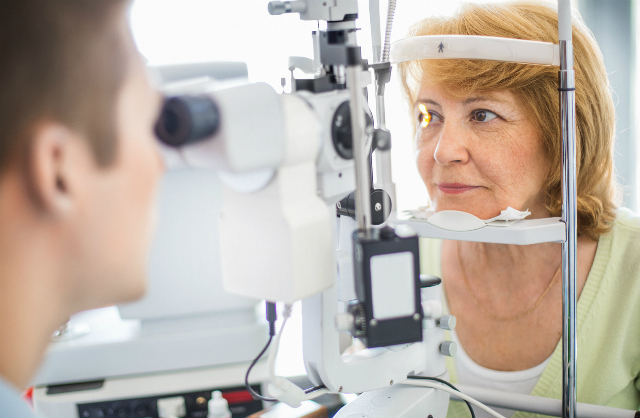 In the study, published in PLOS Genetics, researchers from Queen Mary University of London, the UCL Institute of Ophthalmology and Moorfields Eye Hospital studied the genetics of a Caucasian family with a strong family history of PACG to identify potential disease-causing genes.

The research team found mutations in the gene Spermatogenesis Associated Protein 13, or SPATA13, caused PACG in the seven generation family. They were also able to identify other mutations in the SPATA13 gene linked to PACG in another family and individuals with the disease.

Further investigation found that the SPATA13 gene was also highly expressed in the parts of the eye affected by the disease, confirming the results of the genetic studies.

The study provides the first evidence that SPATA13 gene is one of the main genes involved in eye disease, and the results will help researchers to identify other genes implicated in the development of PACG.

Dr Ahmad Waseem, Professor of Molecular and Cellular Oral Biology at Queen Mary, said: “Primary angle closure glaucoma is a rarer form of glaucoma, which can be asymptomatic but causes sudden blindness resulting in huge burden on health services and national economy. This ground-breaking study identifies the first genetic cause of the disease, which will lead researchers to develop novel screening and treatment methods and also help to reveal other genes involved in this disease pathway.”

Professor Paul Foster, Professor of Ophthalmic Epidemiology and Glaucoma Studies at the UCL Institute of Ophthalmology, said: “This is the first time that we have been able to track the transmission of this important cause of blindness through a family, and identify an underlying biological mechanism. This will help us identify those people at risk with greater certainty than ever before. By understanding the cellular mechanisms at work in this disease, it may help us develop new, more effective treatments.”