New surgical approach for women at risk of ovarian cancer

A new two-stage surgical approach for cancer prevention is highly acceptable among premenopausal women at high risk of ovarian cancer, according to research led by Queen Mary University of London. 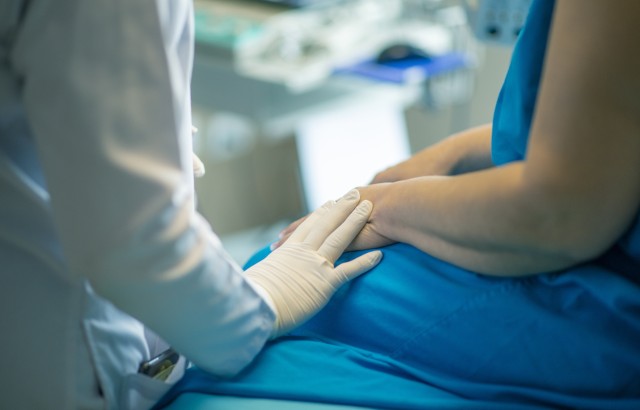 Woman about to undergo surgery

A proposed alternative is a two-step surgical protocol, which delays the induced menopause caused by the removal of the ovaries. In this protocol, the fallopian tubes are removed as an initial step to offer some risk reduction, and ovary removal is delayed until a later stage when women have reached menopause. This procedure provides some ovarian cancer risk reduction while avoiding detrimental consequences of premature surgically-induced menopause.

In the multicentre UK study, published in the British Journal of Obstetrics and Gynaecology and funded by the Rosetrees Trust and Barts Charity, researchers examined the acceptability of the proposed alternative two-step surgical protocol. The 638 study participants were all at increased risk of ovarian cancer; 346 had undergone standard risk reducing surgery, and 337 had not.

Lead researcher Professor Ranjit Manchanda from Queen Mary’s Wolfson Institute of Preventive Medicine and Barts Health NHS Trust said: “Undergoing an operation to prevent ovarian cancer can be a complex decision making process. Although removal of tubes and ovaries prevents ovarian cancer, it can lead to early surgical menopause which has significant detrimental consequences on long-term health. A number of women opt to delay or decline preventive surgery as a result.

“The new two-step operation offers additional options for women (who may have not undergone surgical prevention) to reduce their ovarian cancer risk while avoiding the negative impact of early menopause. Our study shows a large proportion of eligible women wish to consider this. UK women who wish to do so now have the option of joining the PROTECTOR study.”

Dr Vineeth Rajkumar, Head of Research at Rosetrees Trust said: “Rosetrees Trust is delighted to have supported Professor Manchanda’s study, which has paved the way for a clinical trial that could make a difference to thousands of women at risk of ovarian cancer.”

Victoria King, Director of Grants at Barts Charity added: “Barts Charity is proud to support the PROTECTOR trial, a trial which could make a huge difference to women with increased risk of ovarian cancer. It is hugely important to us that it carries the potential for better informed decision-making for women themselves and treatments designed around women’s individual needs and choices.”