Are epigenetics really the silver bullet against climate change?

Species use ‘natural’, epigenetic mechanisms to adapt to their environments but these responses may not be enough to help them cope with climate change, according to new research involving scientists from Queen Mary University of London. 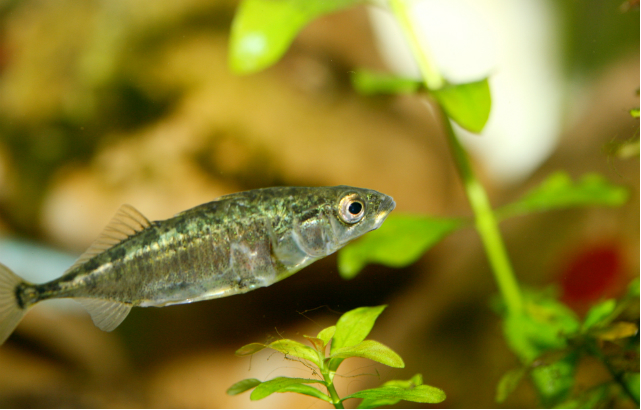 In the study, published in Science Advances, the team found that populations of stickleback fish differed in both their genetic and epigenetic make-ups, and their tolerance to changes in salinity. By observing several generations of fish, the researchers also showed that ‘inducible’ epigenetic markers, which can change during the life of an individual, could improve the response of second generation fish to environmental change.

However the ability for the fish to respond to change wasn’t as significant as initially predicted, suggesting that even with both genetic and epigenetic modes of adaptation and evolution, species will eventually reach their limits to respond to climate change.

Dr Christophe Eizaguirre, a reader at Queen Mary University of London and author of the study, said: "These results are extremely important for species conservation. For some time it was thought there were unknown natural mechanisms that could rescue species. But the more we dig into the molecular mechanisms, the more we recognize that there is no magic solution and that the most efficient way to conserve species is to act on climate directly, by reducing carbon emissions".

The genetics of adaptation

For a long time, it has been assumed adaptation was only possible by changes in a species genetic code, or DNA. However, recently another information level of the DNA, known as epigenetics, has come into focus.

Epigenetic processes chemically influence the structure of the DNA. They activate or deactivate areas of the genome that are responsible for certain traits or responses to environmental conditions.

There are different types of epigenetic markers, which control the genome. One type, known as “inducible” markers, change throughout life and it is thought that if this happens in the reproductive cells, or gametes, of the parents, their offspring could end up with an advantage to cope with their environment.

Many scientists expect that ‘inducible’ markers could ensure the survival of organisms in the face of rapid changes, such as climate change.

For this study, the researchers investigated whether chemical, or epigenetic, markers contributed to the ability for three-spined stickleback fish to adapt to conditions in the Baltic Sea. The Baltic Sea acts as a natural laboratory for climate change research, because effects of climate change, such as a change in salinity, are already visible.

However, as the findings suggest because the current pace of climate change is so fast, it makes it hard for organisms and ecosystems to adapt.

Melanie Heckwolf from the GEOMAR Helmholtz Center for Ocean Research Kiel, Germany, said: "Climate change is one of the greatest challenges for species and ecosystems, and the natural mechanisms available to species to respond may not be sufficient if climate change remains so strong and rapid.”