The Students’ Union President at Queen Mary University of London has resigned from his post to work as a doctor for Barts Health NHS Trust during the coronavirus crisis. 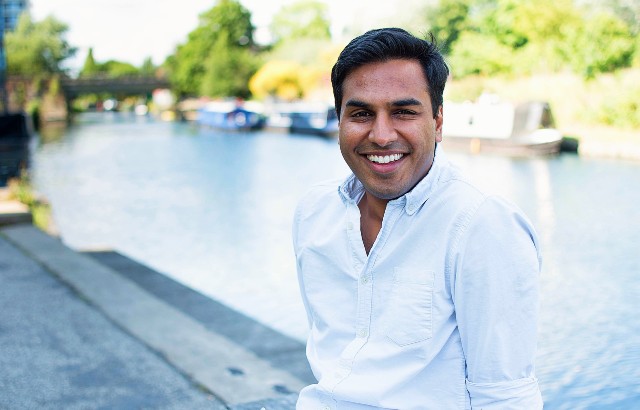 Dr Talhah Atcha said it ‘was not an easy decision to make, but it was definitely the right one’ as he becomes another member of the Queen Mary community to offer support to the health service.

Dr Atcha was a postgraduate student who originally did his undergraduate degree in medicine at Queen Mary. After graduating in 2016 he worked as a doctor for a couple of years and then returned to do a master’s at Queen Mary in Global Health and it was during this period he was elected as Students’ Union President.

As he explains in his resignation letter, he recently emailed the NHS saying he was willing to come back and work as a doctor and they accepted, asking him to work at Barts Health NHS Trust with the possibility of working at the NHS Nightingale Hospital London if required.

Dr Atcha, who was due to finish his term as Students’ Union President in August, wrote: “Resigning was not an easy decision to make, but it was definitely the right one. I have skills in A&E, ITU and microbiology and I could not in good conscience not put these skills to good use when so many people are dying from such a horrible disease.

“I am so proud of all the students who have volunteered both locally and nationally to help those around them; it makes me proud to have come from a University with such compassionate people.”

He added: “This is a difficult time in everybody’s lives, the world has suddenly changed and the future looks much darker, but I know you’ll all make it through if you help look out for one another as you have done throughout this year. And when the opportunity comes along to help make other people's lives even the slightest bit better, and you have the capacity for it, grasp it and help shine a light in the dark, a lot of people could do with it right now.”

Over the past year Dr Atcha has been working hard on improving the democratic and governance structures of the Students’ Union, whilst trying to ensure the student voice is at the heart of every decision made. He and his executive officer team have all worked on several wide-ranging projects which will empower students to run their own projects and campaigns, get more involved and have the ability to directly lobby the University.

He goes on to state in his letter: “Whilst I think I have done a lot there was a lot more I wanted to do that I’m no longer able to do and that is a hard pill to swallow. With the effect the virus has had on you and the Students’ Union I feel like I’m abandoning all of you, the other Executive Officers and staff at a truly awful time when I really should be leading the Board and that is also a hard fact to deal with.”

Professor Colin Bailey, President and Principal of Queen Mary University of London, said: “Talhah is an exceptional ambassador for Queen Mary University of London and we are immensely proud of his decision to use his skills to support the NHS during this difficult time. We are also thankful for his hard work as Students’ Union President and for the example he sets to everyone in our community.”

Dr Atcha’s responsibilities will now be shared out among the other Students’ Union Executive Officers while Megan Annetts, who is Deputy President, will be the acting President until Shamima Akter becomes President in August.

Mike Wojcik, CEO and Managing Director of Queen Mary Student’s Union, added: “I have nothing but admiration and respect for Talhah for what he has achieved as President, and his incredible contributions in previous years. I’ve cherished working with him, exchanging ideas and discussing approaches to tackle a range of complex and challenging themes. I get a chance to work and support many talented people, many talk about values, integrity and social purpose, but it takes great courage and conviction to step away from the role he was so passionate and committed to, do as he has. I’m humbled by his sense of public duty to serve the communities in front line NHS duties. The same respect extends to our student volunteers and clinical lecturing and support staff.”