Women in work: how East Germany’s socialist past has influenced West German mothers

Dr Anna Raute from Queen Mary's School of Economics and Finance has co-authored an opinion piece for The Conversation. Based on brand new research, it sheds light on the impact of the reunification of Germany. 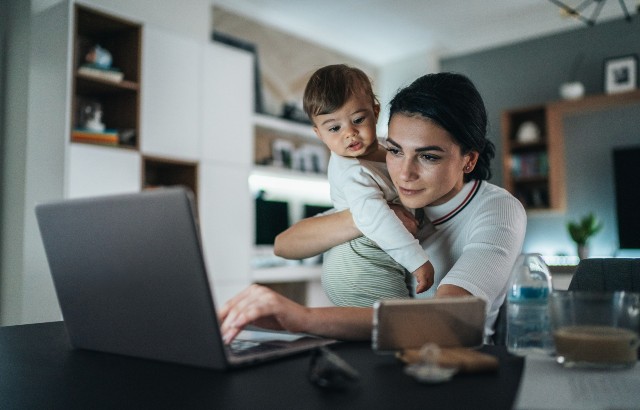 A new study shows that the East had an influence over the working culture of the West after German reunification.

When Germany was reunited 30 years ago, the general feeling was of hope. People felt a wind of change breeze through both parts of the country. With reunification, the German Democratic Republic (GDR) became part of the Federal German Republic (FRG) and adopted West Germany’s political, economic and legal institutions.

Much of the early public debate focused on how to transform the former socialist GDR into a democratic state and how to transform its planned economy into a free market economy. Little did people think about how more than 40 years of division had impacted the core of society – its culture and social norms – and how reunification could impact that culture and its resulting economic behaviour.

Cultural differences between east and west still persist. For example the voting behaviour of East and West Germans differs. Certain cultural impacts of reunification are discussed, but mostly the impact of West Germany on the east – for example the increase in women’s marital age and the age at first birth (East German women married and had children very young, but now the average age is similar).

Cultural shifts in the other direction are less noted. Partly to help rectify this, we’ve been researching how the habits of working women in the west and the east have changed over the last 30 years.

As a state socialist country, East Germany strongly encouraged mothers to participate in the labour market full-time, whereas West Germany propagated a more traditional male-breadwinner model. In 1989, around 89% of women in the GDR worked. This – for the time – was one of the highest rates in the world. In West Germany, 56% of women worked.

The GDR granted women the constitutional right to work and to receive equal pay in 1949. Ideologically, housewives were devalued: non-working mothers were described as schmarotzer (parasites). At the same time, the GDR was one of the first countries in the world to introduce a generous maternity leave policy and make childcare freely available.

In West Germany, on the other hand, the tax and benefit system discouraged dual-earner families. School schedules were short, typically ending around lunchtime, and childcare centres were scarce. More traditional gender-role attitudes were apparent in jargon used in West Germany such as rabenmutter , a derogatory term used for working mothers that literally meant “raven mothers”, and fremdbetreuung (care by strangers) for day-care centres.

After reunification, the two cultures were suddenly thrown together, with increased social interactions between East and West Germans through migration and commuting. Several decades after reunification, women from East Germany still behave according to the more egalitarian gender norms they grew up with, even after many years of exposure to West German culture.

The same is not true for West German women. As we show in a recently published working paper, through migration, East German culture has travelled west and affected the working culture of West German mothers.

Decades after reunification, we still see large differences in the return-to-work decisions of East and West German mothers. Social security records show that many East German women return to work a year after their child is born — in line with the behaviour of mothers in the former GDR, where mothers were offered a “baby year” of paid maternity leave.

West Germans, on the other hand, return much later, often only after three years, which is when job protection ends. In addition, West German mothers tend to work fewer hours.

Interestingly, East German culture has persisted more than the West German one. East German migrants in West Germany stick to the beliefs and values of their childhood environment and continue to behave according to their East German upbringing, even after several years in a West German environment. The research implies that for women raised in a more gender-egalitarian culture, the beliefs and values of their childhood play a more important role (68%) in shaping employment decisions as new mothers than their current cultural environment (32%).

In contrast, West German mothers in East Germany take on the norms of their current cultural environment and adjust their post-birth employment nearly entirely to that of their East German colleagues. Remarkably, this is still true even when these women return to West Germany and give birth back in the gender traditional environment they grew up in.

Across many countries it has become more normal for mothers to work. In our paper we document that close contact between women from traditional and more gender egalitarian cultures has the potential to accelerate such cultural change.

Taken together, East German culture regarding the role of women has had a lasting legacy, despite the fact that East Germany adopted West German institutions. East German women who were born into the more gender-egalitarian culture still behave accordingly decades after the fall of the wall.

Post-1990, East German culture even travelled west and changed the norms and workplace practices of those West Germans who interacted closely with East Germans. Since Angela Merkel took office in 2005, Germany has introduced generous one-year maternity leave, including two months earmarked for the father.

There has also been heavy investment into an expansion of universal child care for those with children under three. It is yet to be seen how these recent advances in family policy, which are remarkably similar to those of the former GDR, will increase convergence in norms and labour supply behaviour of East and West German women born after the fall of the wall.

This opinion piece was originally published in The Conversation on 12 October 2020.