The WHO and the future of international public finance

Dr Simon Reid-Henry, Reader in Queen Mary’s School of Geography and Jonathan Glennie, Principal Associate at the Joep Lange Institute, argue in their latest work that the current Covid-19 crisis has highlighted massive underfunding of global public health bodies. However, the pandemic also presents an opportunity to rectify this. 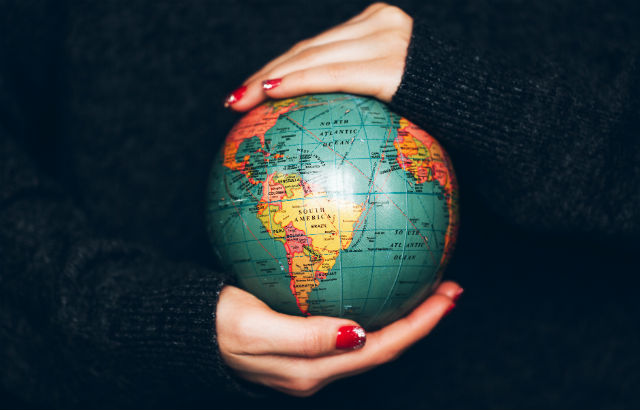 Donald Trump’s decision to withhold US contributions to the World Health Organisation (WHO) during the Covid-19 pandemic was rightly and roundly condemned last week. Bill Gates, the second largest contributor of funds to the WHO, tweeted that the move was “as dangerous as it sounds.” Richard Horton, editor of The Lancet, described it as a “crime against humanity.”

The fact that one man, Bill Gates, is himself the WHO’s second largest funder tells you all you need to know about the global community’s commitment to the organisation.

The basic truth is that the WHO cannot operate fully or effectively without a larger and more independently financed core budget, as non-governmental and civil society groups connected to the WHO have long argued. At present, as Queen Mary’s Andrew Harmer has pointed out, the vast majority of WHO funding, around 80 per cent, is in the form of so-called “voluntary contributions.” But it’s not just Trump’s freezing of the United States’ assessed contributions, the smaller and usually more reliable part, that reveals WHO funding to be so precarious. As Harmer and others note, so too is the fact that the US was already in arrears before Covid-19.

Think of the WHO as a funnel. At the thick end are its public health commitments all around the world; at the thin end is its inflow of frequently tied, inflexible, and disjointed funds from a vast array of donors. The WHO does an incredible job with what the funding it has. But it simply doesn’t get enough.

There are two ways to address that problem.

The first will have to be some sort of short-term, emergency resolution, providing greater funds to the WHO directly in response to Covid-19. Already in February, the WHO sought an additional $675 million from the international community. In parallel OCHA-UN is appealing for a further $2 billion coordinated response package fund to combat Covid-19 more generally.

But this urgent response, even if met, does not overcome the basic problem of the funnel: the total global burden of disease and the lack of reliable, untied funding to address it. So we need a more sure-footed response to the current pandemic, one that would also help us to avoid the next one, to finance the ongoing health crisis that Covid-19 will bring to the poorest parts of the world in particular, and to meet the existing international aims of the Sustainable Development Goals.

The current moment is an opportunity to achieve something big in this regard: a more structured form of international public financing for “global goods” including healthcare systems and pandemic response.

After all, Covid-19 already affects almost all the world’s countries and regions and it will not be overcome unless countries learn once again to work together, as they have done at key moments in the past. Perhaps most impressively, the Second World War induced a commitment to international monetary and trade cooperation that formed the backbone to the Bretton Woods international system. For all its weaknesses, that system was sufficient to manage the post-war rebuilding of the world. Today a fiscal counterpart is required. And there is no more pressing area in which to develop such a system than health.

One such possible form of fiscal internationalism would be to roll out, in the field of global health, a system of what some of us have begun calling Global Public Investment. Rather than rely on ad hoc, voluntary offers of financial support, couched in the language of generosity but subject to the whims of presidents and bilateral (read geopolitical) preferences, Global Public Investment would represent a statutory system of financing which could be relied upon in normal times to build up health systems across the world. It would also mean that in extraordinary emergencies it would be able to coordinate and finance an adequate global response: without relying on the begging cap.

As Covid-19 highlights the inadequacy of public services for poorer communities all over the world, in rich countries as well as poorer ones, the language of “foreign aid” has seldom looked more outdated.

A new system must ensure that all countries contribute according to capacity, and all benefit according to need: but this must be simpler and more transparent than at present. Poorer countries would be net recipients, of course, as is already the case with state budgets to the EU. But poorer regions in richer countries would also benefit directly – where basic health needs for many at present go unmet because national governments feel they are limited in the public spending commitments they can make: a problem only sharpened since the 2007/8 financial crisis.

There are strong reasons of “enlightened self-interest” as well as solidarity in supporting an “all-contribute, all receive” system of public investment-marked funds. Yet at moments such as this it is tempting for countries to retreat into narrow nationalism. This is always a mistake, but especially when faced with a disease that crosses borders with such ease.

The western world’s working classes, for example, face profound challenges when it comes to jobs and opportunities coming out of the global lockdown initiated in response to this pandemic. Let alone for health insurance should they fall ill. It is understandable that community and national leaders, perhaps especially those on the left, will focus tightly on the needs of more vulnerable domestic constituencies in the months and years to come.

But there can be no sustainable response to the challenges faced in richer countries if that response does not also take into account the often far greater challenges in poorer countries. Covid-19 represents what economists call a “weakest link” problem: solve it everywhere, in other words, or see it keep rearing its head at home.

For this virus is not done yet. The forced interdependencies of market globalisation cannot be managed except by collective action at the international level.

What might be termed “fiscal internationalism” is one part of that collective action: more public money paying for better public goods and basic services, internationally as well as nationally, and more democratic governance of that money, updating an international system which still reflects the power structures and political thinking of the 1950s more than the 2020s.