A new book co-edited by an academic from Queen Mary University of London provides an interdisciplinary academic analysis of the 2018 referendum which overturned Ireland’s near-total abortion ban. 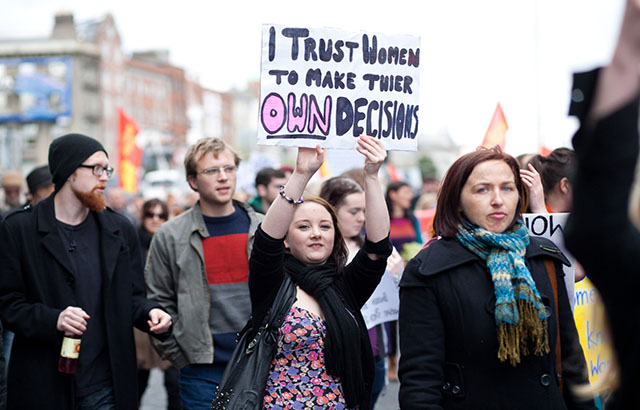 A new book co-edited by an academic from Queen Mary University of London provides an interdisciplinary academic analysis of the 2018 referendum which overturned Ireland’s near-total abortion ban.

The 2018 referendum in the Republic of Ireland on abortion is said to be one of the most remarkable political events of recent times. Prior to the referendum, Ireland had some of the strictest abortion laws in Europe because its constitution contained a near-complete ban. The campaign to repeal this constitution amendment signalled a major milestone in the transformation of Irish society.

After Repeal: Rethinking Abortion Politics explores the campaign and the implications of the referendum result for politics, identity and culture today. It sheds light on the experience of campaigning and the consequences of the result for other territories.

A range of perspectives

After Repeal brings together a range of perspectives from scholars and activists, both inside and outside Ireland, to explore a variety of themes which arose as a result of the referendum.

The volume’s chapters cross disciplines to offer many scholar-activist perspectives. This includes analysis of the political and legal forces that shaped the referendum, including the Citizens Assembly.

Chapters written by campaigners reflect on their experiences of speaking to voters on the doorstep, in urban and rural Ireland, in the news and media, as well as social media. Historians and cultural scholars contribute chapters on what the repeal of the 8th amendment means for changing Ireland today. Finally, chapters from outside Ireland ask what the referendum might tell us about abortion reform in other countries including Poland and Northern Ireland.

Dr Sydney Calkin, Lecturer in Geography at Queen Mary, and co-editor of the work said: “The 8th amendment referendum captured international attention because it showed the power of social movements to achieve progressive change.  A little over 1.5 years since that referendum, our book reflects on how the result was achieved and what it means for Ireland.

“The contributors to this book bring unique experience as scholars and activists who saw the referendum from the ground and now reflect on its impact inside Ireland and beyond. Our book covers these complex issues in a way that will be of interest to general readers, students, activists, and academics who care about women’s rights and reproductive freedom.”

Abortion continues to be a hot political issue, in the UK, Ireland, USA, and well beyond.  After Repeal: Rethinking Abortion Politics helps readers to understand how Irish campaigners and voters changed the status quo and what lessons from the Irish experience might be learned in other places.