As part of Holocaust Memorial Day, Queen Mary University of London hosted an original theatre production in collaboration with the international charity Human Rights Watch and Georgetown University. It featured a performance by the Oscar-nominated actor David Strathairn. 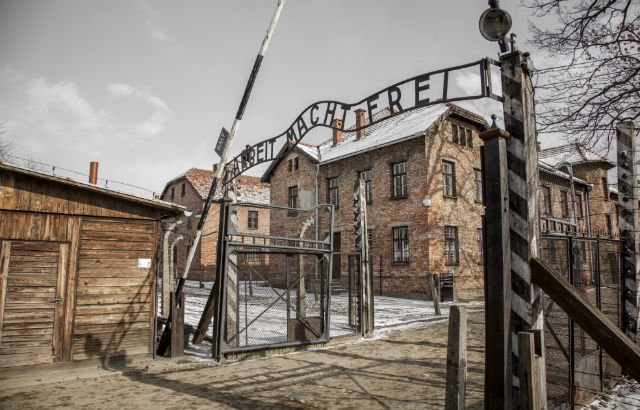 A photograph of the entrance to the Auschwitz concentration camp

Karski twice infiltrated the Warsaw Ghetto, posing as a guard at the Izbica transit camp, where he witnessed Jews being herded on to trains bound for death camps. He urgently reported what he witnessed to British Foreign Secretary Anthony Eden, to US President Franklin Roosevelt, and US Supreme Court Justice Felix Frankfurter, all of whom failed to act.

Director Derek Goldman said: “It’s an honour to premiere this production in London on a day like International Holocaust Remembrance Day, in partnership with the Human Rights Watch and Georgetown University, and to do this at Queen Mary University of London.”

A witness to history

When asked what it was like to play Jan Karski, actor David Strathairn said: “It was a huge mountain to climb, to plumb the depths of this man. Every time I experience him, hearing his voice, it’s just hard not to crumble at the feet of this man.”

Professor Penny Green highlighted that genocide continues to this day. She said: “Genocide is happening now and that is against the Rohingya in Myanmar. Genocide is a process, it’s not one act of violence, it takes place over decades like the Rohingya genocide has been.”

Professor Green explained about how the process of genocide unfolds. She said: “It begins with stigmatisation and dehumanisation. Once they’re dehumanized it’s easier for the rest of the population to hurt that group. No one is talking about camps right now in Myanmar but they are there.”