A one-off operation that targets the nerves connected to the kidney has been found to maintain reduced blood pressure in hypertension patients for at least six months, according to the results of a clinical trial led in the UK by Queen Mary University of London and Barts Health NHS Trust, and supported by the National Institute for Health Research (NIHR). 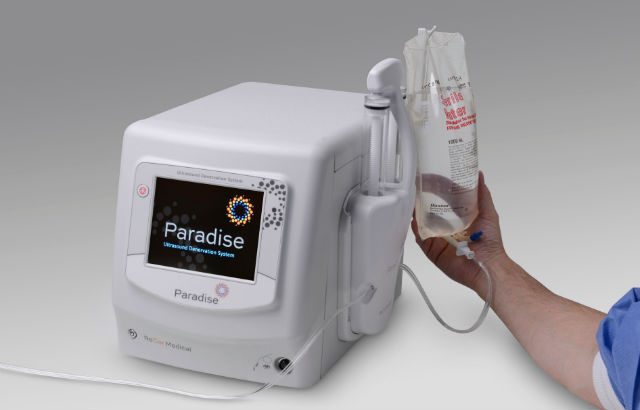 The study, published in the journal Circulation and presented at the American College of Cardiology Conference in New Orleans, USA, also found that the patients treated with the procedure required fewer blood pressure medications.

If the findings are confirmed in larger and longer clinical trials, the surgery could offer hope to patients with high blood pressure who do not respond to drugs, and are at increased risk of cardiovascular diseases, including stroke and heart attack.

The international clinical trial, carried out at St Bartholomew’s Hospital in the UK by the NIHR Barts Biomedical Research Centre, tested a one-hour operation called ‘renal denervation’, which uses ultrasound energy to disrupt the nerves between the kidneys and the brain that carry signals for controlling blood pressure.

Patients in the United States, France, Germany, the Netherlands, Belgium and the United Kingdom were randomised to receive either renal denervation or a ‘sham procedure’ - the surgical equivalent of a placebo.

Previous results from the study showed that renal denervation led to a significant and safe blood pressure lowering effect after two months in patients not taking antihypertensive medication.

In this second part of the study, the team investigated 140 patients to see if renal denervation remained effective in patients who had the option of restarting their blood pressure medication if required. They found that:

UK Principal Investigator Professor Melvin Lobo from Queen Mary University of London and Barts Health NHS Trust said: “These results point towards an exciting future for this new technology. If long term safety and efficacy is proven in larger trials which are currently under way, we hope that renal denervation therapy could soon be offered as an alternative to many lifelong medications for hypertension.”

The study was funded by ReCor Medical, Inc. which manufactures the Paradise® Renal Denervation System used in the study.