A new survey by Action on Sugar and Action on Salt, based at Queen Mary University of London, found that 49 per cent of cereal products surveyed with packaging that may appeal to children still received a red label for their high sugar content. 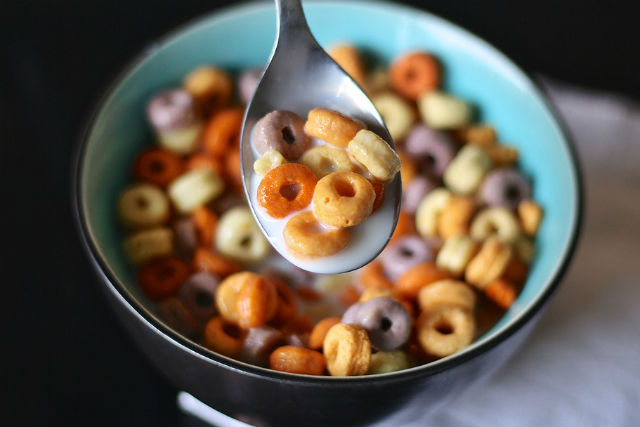 The latest data comes despite Public Health England’s Sugar Reduction Programme target for manufacturers to reduce sugar by 20 per cent in popular products, including cereals, by 2020.

Registered Nutritionist Kawther Hashem, Campaign Lead at Action on Sugar based at Queen Mary’s  Wolfson Institute of Preventive Medicine said: “Breakfast cereals should be a healthy choice, as they contain fibre and are fortified with vitamins and minerals; however our study shows that cereals with packaging that may appeal to children often contain unacceptable amounts of sugar.

“Why aren’t all cereal manufacturers reducing sugar levels as per Public Health England’s evidence based recommendations and actively marketing healthier (those with green traffic lights for fat, salt and sugar) breakfast cereals to parents and children? It is time they used their creative minds to sell their products responsibly.”

For the products that were high in sugar, a single serving − based on their recommended portion size (30g) − would make up over a third of a child’s maximum sugar allowance (19g). However, many children eat much more than a 30g portion.

Sainsbury's Puffed Wheat and Morrisons Super Smooth Porridge were the only two products with green labels for both sugar and salt in packaging that may appeal to children.

Ban use of packaging targeted at children on unhealthy products

Graham MacGregor, Professor of Cardiovascular Medicine at Queen Mary’s Wolfson Institute of Preventive Medicine and Chairman of Action on Sugar and Action on Salt said: “This survey shows that companies that make packaging of unhealthy products targeted at children are completely irresponsible. It is immoral that breakfast cereals companies can get away with it, it is time we made it easier for parents and only allow those cereals which carry a green label to be allowed to feature cartoons on packaging which may appeal to children.

“In our view the government needs to ban use of such packaging on unhealthy products.”

Katharine Jenner, Nutritionist and Campaign Director of Action on Salt based at Queen Mary’s Wolfson Institute of Preventive Medicine says: “As a parent, it is frustratingly hard to try and find food and drink products that are both nutritionally balanced AND appeal to your children.