New research has identified the genetic basis of resistance to ash dieback in UK trees, opening up new avenues for conservation. 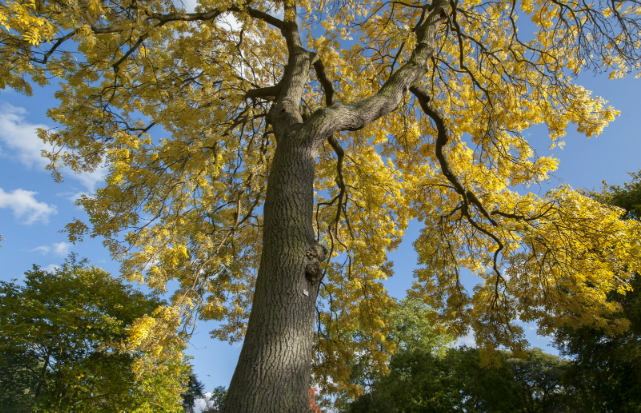 Researchers from Queen Mary University of London and the Royal Botanic Gardens, Kew sequenced the DNA from over 1,250 ash trees to find inherited genes associated with ash dieback resistance.

The study, published in leading journal Nature Ecology & Evolution, showed that resistance is controlled by multiple genes, offering hope that surviving trees could be used to restore diseased woodlands, either by natural regeneration or selective breeding.

Professor Richard Nichols, author of the study and Professor of Evolutionary Genetics at Queen Mary University of London, said:

“We found that the genetics behind ash dieback resistance resembled other characteristics like human height, where the trait is controlled by many different genes working together, rather than one specific gene.

"Now we have established which genes are important for resistance we can predict which trees will survive ash dieback. This will help identify susceptible trees that need to be removed from woodlands, and provide the foundations for breeding more resistant trees in future.”

Samples were collected from ash trees in a Forest Research mass screening trial, which comprises 150,000 trees planted across 14 sites in South East England.

The researchers screened for resistance genes using a rapid, cost-effective approach, where the DNA of multiple trees was combined into separate pools for diseased and unaffected trees.

Many of the genes found to be associated with ash dieback resistance were similar to those previously shown to be involved in disease or pathogen responses in other species.

Ash dieback is a major threat to the UK landscape, and it is predicted it will kill over half of ash trees across the UK.

The disease, caused by the invasive alien fungus Hymenoscyphus fraxineus, has spread throughout Europe’s ash populations, and was first recorded in the UK in 2012. It is estimated to cost the British economy £7.6 billion over the next 10 years.

Professor Richard Buggs, Professor of Evolutionary Genomics at Queen Mary University of London and lead author of the paper, says:

“There is no cure for ash dieback and it threatens to kill over half of the 90 million ash trees in the UK. This will have huge impacts on the British landscape. Our new findings of the genetic basis of natural resistance found in a small minority of British ash trees help us to predict how ash populations will evolve under ash dieback. While many ash trees will die, our findings are encouraging from a long-term perspective and reassure us that ash woodlands will one day flourish again.”