A student from Queen Mary University of London has won Best Placement Student at the National Undergraduate Employability awards. 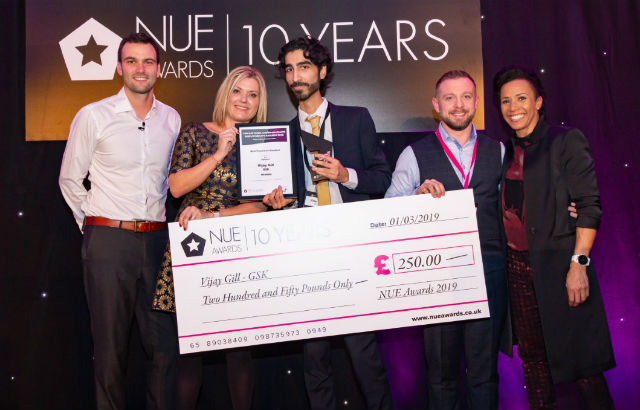 The National Undergraduate Employability Awards celebrates the contributions undergraduates make to large businesses across the UK. The Best Placement Student award recognises undergraduates who have made a genuine, measurable impact to their business whilst on placement.

Vijay said: “Winning the award truly feels like the perfect 'fairytale' ending to what has been one of the most remarkable and dynamic years of my life.

“During my industrial placement year I experienced new people, places and opportunities that I never could have imagined were possible, and I have so many people to thank for that, including Queen Mary's amazing Industrial Placement Manager, Claire Revell.

“To receive the award from Olympian Dame Kelly Holmes was just the cherry on top.”

Whilst working in this technical role, Vijay developed scripts that automated service metrics which increased internal efficiencies by 78 per cent.

He also worked on a special network recertification project in which he improved the status of over 100 virtual private networks across GSK. For this project, he became the first and only student to receive an internal Bronze Impact Award.

During his time at GSK, Vijay also championed diversity through organising and hosting various conferences, seminars and events as the Social Events Lead of GSK’s Industrial Placement Committee.

He was also heavily involved with Spectrum, GSK's LGBT+ Employee Resource Group where he organised and hosted a variety of events including World AIDs Day, Pride Month, and International Day against Homophobia, Biphobia and Transphobia.