The world’s leading bee expert is set to release an album of songs dedicated to the insects. 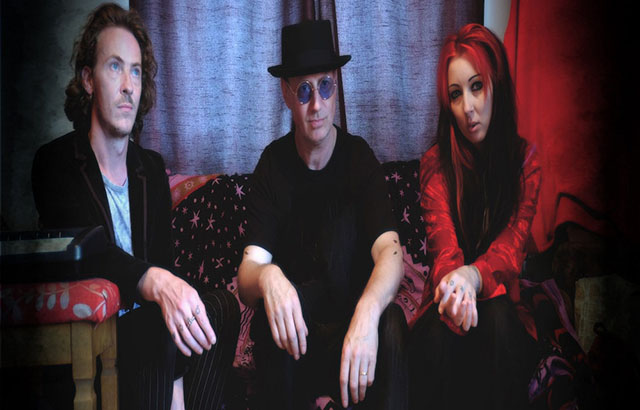 Queen Mary University of London’s Professor Lars Chittka is the academic behind research into teaching bees to play football and pull strings for food, and he has even tracked their lives with radar.

Now, with his band Killer Bee Queens (featuring musicians Katie Green and Rob Alexander), he hopes to shed new light on these incredible creatures through his lyrics.

“Rather than just explaining ‘dry facts’ in my scientific writings, it has long struck me that there is a lot of poetry in the world of bees, so I decided to package them in song lyrics,” said Professor Chittka.

“It was important for me not to write sentimental texts about quaint summer meadows and buzzing bees. As I am learning every day as someone who studies the psychology of bees, the world of pollinators and flowers is full of manipulation and trickery.”

Throughout the album Lars explores the psychology, biology and lives of bees.

‘I stung Gwyneth Paltrow’ looks at the use of bee products including being stung by bees for health purposes – as championed by the actress. ‘Drone Wars’ covers the essentially useless role of male bees who lose their penises after mating while in ‘Space Girls’ Lars writes about the time NASA sent bees into space.

Lars, who works in the School of Biological and Chemical Sciences, said: “My hope is that the song lyrics will raise awareness for the fascinating biology of bees by this unconventional pathway."

He added: “It is often said that we need to conserve bees because we need them. That it is undoubtedly true – much of our food depends on bees as pollinators – but there are other reasons to ensure that they do not go extinct: they are fascinating beings in their own right.

“The strangeness of their world has inspired generations of nature lovers, poets and writers. They have given us sweetness (honey), light (candles) and intoxication (mead is one of the most ancient alcoholic drinks known to man). We owe the bees.”

The album, entitled Strange Flowers, will be released today (29 August) and can be purchased from Bandcamp (https://killerbeequeens.bandcamp.com).

One hundred per cent of the sales will be donated to Buglife, an insect conservation charity, which works to protect insects and their habitats, bring threatened species back from the brink, and to raise awareness for the importance of insects to humans’ quality of life and ultimately the survival of our species.

Paul Hetherington, Director of Fundraising and Communications at Buglife, said: “Reports on bee and general insect declines from across the world make stark reading at present. Current trends indicate multiple species extinctions within the next thirty years. But we may still be able to reverse the decline of bee populations with the right actions, now. Restoring connectivity to our landscapes and changing patterns of herbicide and pesticide use can together make a difference.

“Buglife is the leading organisation pushing for and delivering on this change. By supporting the Killer Bee Queens you will not only be gaining some great music you will also be contributing to the change required to save these essential species.”