The emerging political economy of the British left

Jeremy Corbyn was elected leader of the Labour Party promising to break with a ‘neoliberal consensus’ that, his supporters argue, has dominated Britain for the past forty years. This topic was the source of debate at the latest Mile End Institute event which included key figures in the development of the new economic thinking pursued by the Labour leadership. 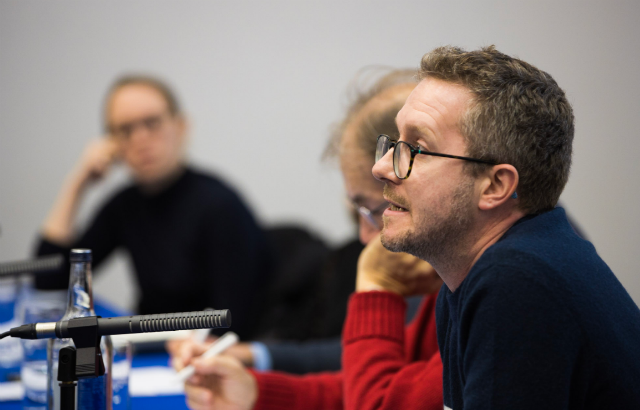 The result of the 2017 general election saw the Labour Party perform better than many political commentators had predicted however, the agenda of a prospective Labour government remains relatively underexplored.

Dubbed ‘Corbynomics’ by the Economist, this event explored the ideas, strategies and prospects of the Labour Party ahead of the 2019 general election.

Arguing that the economic policies of Labour have been miscommunicated by the press, he said that trust had declined in the UK since the 2008 economic crisis. “The impact and influence of institutions on British society has declined […] this lack of trust can in some way explain why Jeremy Corbyn is leader of the Labour Party.”

He added that the challenge of Corbynomics is that the structure of the economy needed to change for it to work. “Instead of redistribution to make outcomes fair, making the economy work in a fair way in the first place is what is needed,” he added.

Carys Roberts, Chief Economist at the Institute for Public Policy Research (IPPR) and Head of the IPPR Centre for Economic Justice argued that a balance between a prosperous economy and a just one is needed. She also stated that wages had not kept up with growth for ten years and that an “appetite for change and ideas” is behind the current Labour strategy.

Florence Sutcliffe-Braithwaite, Lecturer in British History at University College London, explained that the economic policy of the Labour Party aimed to shift away from macroeconomics and instead focus on where power lies within the economy. She also argued that there is a paradigm shift taking place in British politics which is separating left and right more clearly than before.

Simon Wren-Lewis, Professor of Economic Policy at the Blavnatik School of Government (University of Oxford) explained that there were differences that have emerged between the parties but that all favoured public spending, with Labour being most in favour. He also argued that regional disparities needed to be challenged and that innovation was also required. “We need to shift from a shareholder based economy which includes giving workers more control,” he said.