Dr Reuben Loffman, a Lecturer in African History at Queen Mary University of London has written an opinion piece for The Conversation about the recent elections in the Democratic Republic of the Congo. He argues that despite the major problems which have dogged the election, there are signs of hope for the future. 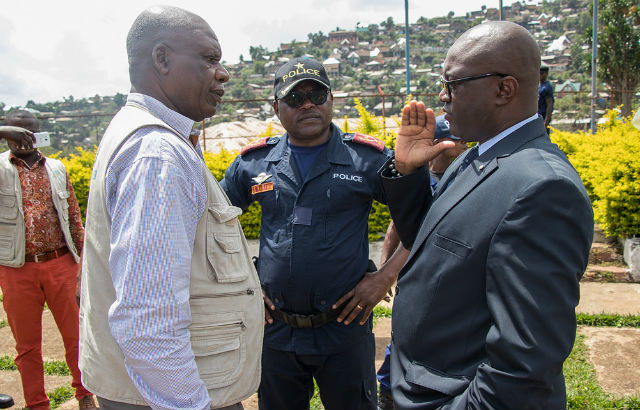 The recent presidential election in the Democratic Republic of the Congo (DRC) had been over two years in the making. Postponed twice by the ruling coalition, the Common Front for the Congo, problems persisted even after a date was set. Nevertheless, the presidential elections finally went ahead in late December.

There were a number of candidates vying to become the president of sub-Saharan Africa’s largest country. The three most important were Emmanuel Ramazani Shadary, from the governing Common Front for the Congo. He represented continuity with the Kabila regime. Martin Fayulu was also a very important opposition figure. He was chosen by the major opposition candidates after a meeting in Geneva in early November 2018.

Lastly there was Félix Tshisekedi, leader of one of the Congo’s oldest opposition parties, the Union for Democracy and Social Progress, who had reneged on the Geneva agreement. He claimed that his supporters wanted him to run for president on his own.

In a brave and unforeseen move, the Episcopal Centre of the Congo – a mainly Catholic Church based organisation – has claimed that Martin Fayulu has won the poll. Should Fayulu be announced the winner, it will mean a seismic shift in Congolese politics.

But the final results have yet to be declared. The electoral commission had provisionally said it would publish the results on January 6. But, it didn’t, citing technical difficulties. The Episcopal centre has also said that it would challenge the governing Common Front for the Congo and the electoral commission if the commission gets the result wrong. Based on rumours circulating in the capital Kinshasha, this presumably means if Fayulu is not declared the winner.

In the meantime, the government has shut down the internet to stop the opposition mobilising.

Aside from the self-evident problems that have plagued the election so far, there are signs of hope. First, it will not be easy for the ruling Common Front for the Congo to distort the results in its favour. And the fact that Episcopal Centre of the Congo was able to monitor the poll with such precision – as the close eye the international community has kept on it – has weakened the regime.

In Burundi the President Pierre Nkurunziza, was able to purge those who opposed his seeking of an unconstitutional third term in 2015. The Common Front for the Congo didn’t have the resources to prosecute repression to this extent.

Secondly, if Fayulu has won the election, then the opposition have done very well indeed. Few believed the opposition would be able to unite coherently against the ruling party. But it seems to have done so, despite Tshisekedi splitting off late last year.

While future splits and disagreements will almost certainly occur, the DRC has proved the exception to the rule in a year in which opposition parties have fared badly across East and Central Africa.

Problems with the polling

The presidential polls were marred by a number of problems and irregularities.

First, around 17% of the voting machines that had been imported from South Korea failed to up and running on time for the voting.

The machines were brought in with a view to making the voting more accurate. But many of them ended up disenfranchising a large proportion of the Congolese people.

The elections were also hit by the bad weather. Large parts of Kinshasa were under several feet of water, thanks to the heavy rain. The flooding meant that turnout in many polling stations, even if the voting machines were on, was poor.

Thirdly, while reports of voter intimidation were relatively rare, they were still a factor in the elections. Voters in North Kivu, for example, complained about militias being present in the polling stations and getting them to vote for specific candidates. In Mutongo, for example, Congolese army soldiers were dispatched to force people to vote for Shadary, the governing Common Front for the Congo candidate.

Fifthly, many polling stations did not open on time, meaning a significant number of voters had to wait hours to cast their ballot.

Finally, many of the voters - who had battled through floods, braved militia and waited patiently for the voter machines to work - found that their names were not on the voter rolls. The reasons why they were not actually able to vote, despite registering at the appropriate time, remains unclear.

There were a number of institutions monitoring the election. These included the African Union (AU), the Southern African Development Community (SADC), and CENCO.

The Episcopal Centre of the Congo was viewed as one of the more impartial observers of the elections. It had enough staff, around 40,000, to monitor most of the polling booths in the country.

The centre made sure to highlight many of the problems with the elections.

Bizarrely, the governing Common Front for the Congo were taking their own tally of the votes, alongside that of the electoral commission, the Independent National Electoral Commission (DRC). While election tallies are often counted by state institutions, it is very unusual for parties within states to run a parallel count of elections.

The Kabila family, including the present President, Joseph Kabila, and his father, Laurent Kabila, have ruled the DRC since 1997. It remains to be seen if they will voluntarily relinquish power despite what looks certain to be electoral defeat.

The DRC operates by way of a semi-presidential system in which the president choses the Prime Minister. As the highest ranking politician, the constitution confers a great deal of power on the President not least in their rule over internal security, the armed forces and foreign policy. A lot of power is therefore invested in the DRC’s central executive branch.

But whoever takes over once the election is finally decided will inherit a country that still contains large enclaves of unrest, poverty and underdevelopment. The tasks facing any future president of the DRC is enormous.

This opinion piece was written by Dr Reuben Loffman from Queen Mary's School of History and was originally published in The Conversation on 8 January 2019.