A new health promotion tool has been launched to inform people about latent tuberculosis (TB) and engage migrant communities with local NHS testing and treatment. 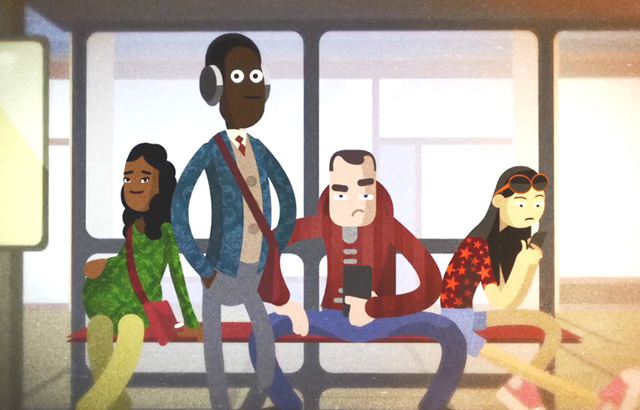 The short animation was funded by NHS England and developed by Queen Mary University of London, Public Health England, In Tune For Life and TB Alert, and launches today for World TB Day.

Three-quarters of England’s 5,200 annual TB cases are among people who were born overseas, with the majority resulting from ‘reactivation’ of latent TB.

People with latent TB are not ill and they cannot infect others. But latent TB can reactivate, sometimes many years later, to make someone ill with active TB and potentially infectious. It is estimated that up to a quarter of the World’s population has latent TB, though it is most common among people born in South Asia and sub-Saharan Africa.

NHS England and Public Health England’s Collaborative TB Strategy for England 2015 to 2020 recommended testing for and treating latent TB in young adults who have settled in England from countries where TB is most common, to reduce new cases of TB.

The short animation was commissioned as a tool to engage this audience with testing and treatment, which is being provided by 59 NHS Clinical Commissioning Groups nationwide.

Dr Jess Potter from Queen Mary’s Blizard Institute, who helped develop the animation, said: “If we are going to eradicate TB in the UK we need to let people know what it is and empower them to access treatment. I really hope that this animation will encourage those at risk to attend their GP, ask for a test and get treatment.”

Tackling a strong stigma about TB

Members of TB-affected communities in East London participated in the project to provide a crucial understanding of their knowledge and attitudes towards TB, aiding the development of messages to demonstrate the benefits of testing and treating a hidden, and, too often, misunderstood condition.

This community engagement work highlighted how TB affected communities hold strong stigma about TB, shaped by a poor understanding of the illness, and how few people know that TB has a latent form.

The resulting animation delivers an entertaining yet informative message that is engaging to a broad audience whilst remaining sensitive to specific cultures and communities. Over the coming weeks, the animation will be dubbed into six languages, Bengali, Gujarati, Punjabi, Urdu, Somali and Arabic, and complemented with a range of promotional materials.