Queen Mary researchers contribute to the future of dental research

Researchers from Queen Mary University of London presented several new studies at the 2018 General Session of the International Association of Dental Research in London from 25-28 July. 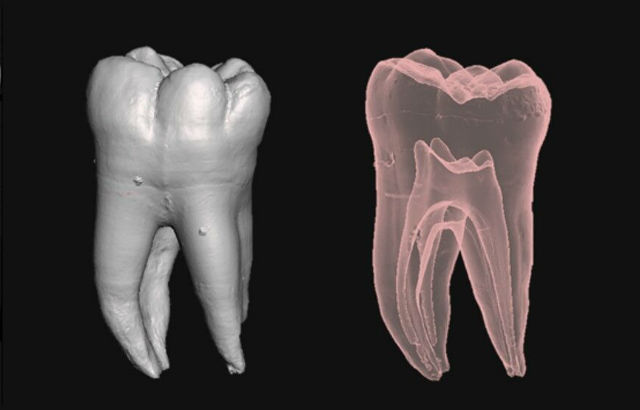 The International Association for Dental Research (IADR) is a non-profit organisation with over 10,800 individual members worldwide.

As part of the conference, Professor Cynthia Pine from Barts and The London School of Medicine and Dentistry, was named the 2018 recipient of the IADR E.W. Borrow Memorial Award. The IADR E.W. Borrow Memorial Award recognises research in promoting oral health with children, with an emphasis on using fluoride in different formats to prevent tooth decay.

Researchers from Barts and The London School of Medicine and Dentistry presented on a range of topics which will contribute to the future of dental research.

Students and researchers from Queen Mary have used a 3D printer to create replica teeth which could help improve the training of dentists.

So we wanted to see whether we could 3D print an artificial tooth that looked and felt like a real tooth, to give undergraduate students a more realistic environment to practice on, and ensure patients receive the best treatment.”

The research, involving 71 parents of 7-8 year old children, took place in Newham, an ethnically diverse deprived area in London; and, in Kent; a suburban area in England. Families were recruited from six primary schools, with researchers interviewing parents and collecting dietary data, including children’s daily intake of free sugars.

Four out of five refugees in Northern Greece suffer from oral symptoms including pain, cavities and bleeding gums, according to a new Queen Mary study.

Many studies have looked into the general health needs of refugees, but little is known about their oral health needs. To address this, research led by recently qualified dentist Dr Khaleda Zaheer from Queen Mary looked at the impact of oral symptoms on quality of life among refugees in Northern Greece.

The participants reported a high prevalence of oral symptoms that had an adverse impact on their quality of life. 81 per cent reported oral symptoms and 52 per cent of these had them on arrival. 58 per cent had received dental treatment in the camp and 14 per cent had never seen a dentist.

Future research is required to map the oral health needs of this population and design an effective strategy to address this.

Diabetes patients who suffer from having a dry mouth appear to have more watery saliva and lower levels of certain salivary proteins and calcium, according to a study by researchers at Queen Mary.

Having this compromised quality saliva puts diabetes patients at greater risk of oral health problems. Diabetes affects around 4 million people in the UK, and many face an increased risk of oral health issues including tooth decay, and eventually tooth loss. This is thought to occur due to changes in the patient’s saliva causing dry mouth.

It is thought that less viscous saliva may not cover the tooth surface for a prolonged period of time, ultimately affecting its protective properties, leading to decay on enamel and dentine.

By studying the issue further, the researchers hope that they may able to develop risk assessment tools including testing saliva and detecting tooth decay at an early stage in patients with diabetes, and help to improve their oral health and quality of life.