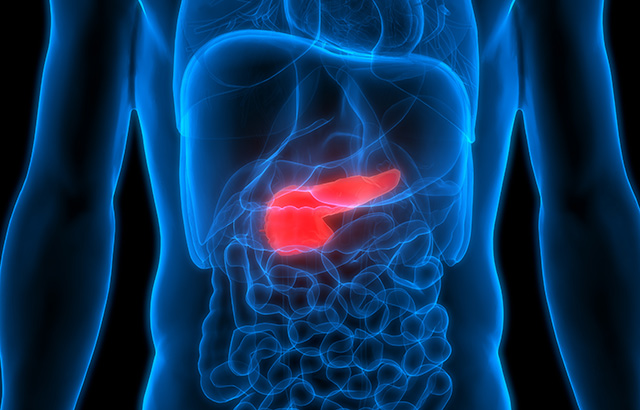 The new cell-based immunotherapy, which has not yet been tested in humans with pancreatic cancer, led to mice being completely cancer-free, including cancer cells that had already spread to the liver and lungs.

Each year around 9,800 people in the UK are diagnosed with pancreatic cancer. The disease is particularly aggressive and has one of the lowest survival rates of all cancers. This is because it is often diagnosed at a late and advanced stage, when the tumour has already spread to other organs.

In the study, published in the journal Gut, the team used pancreatic cancer cells from patients with late-stage disease, and transplanted them into mice. They then took the patients’ immune cells and modified them to specifically identify and eliminate the cancer cells - creating ‘educated killer cells’, or CAR-T cells.

And for the first time, the team introduced a new technology that allowed them to completely control the activity of CAR-T cells, making them potentially safer.

First author Dr Deepak Raj from Queen Mary’s Barts Cancer Institute, said: “Immunotherapy using CAR-T cells has been tremendously successful in blood cancers, but unfortunately, there have been toxic side effects in its treatment of solid tumours. Given the dismal prognosis of pancreatic cancer with conventional treatments, it’s vitally important that we develop safe and effective CAR-T cell therapies for solid tumours, such as pancreatic cancer.

“Our work suggests that our new ‘switchable’ CAR-T cells could be administered to human patients with pancreatic cancer, and we could control their activity at a level that kills the tumour without toxic side effects to normal tissues.”

The team’s new ‘switchable’ CAR-T system means the treatment can be turned on and off, or have its activity changed to a desired level, making the therapy extremely safe and minimising the side effects and improving the safety of the treatment.

‘There is more work to be done’

The team now hopes to bring this promising therapy to the clinic.

Nile Amos, Research Manager at Pancreatic Cancer UK which funded the work, said: “We are proud to have funded this research which highlights the potential of CAR-T cell immunotherapy for taking on pancreatic cancer. For more than 40 years too little progress has been made on developing new treatments for this devastating disease, for which survival remains unacceptably low.

“The results are extremely promising but there is more work to be done, which is why we are delighted to be funding the next stage of this cutting-edge science through our largest ever research grant, the Pancreatic Cancer UK Grand Challenge Award.”