A landmark international research project, involving researchers from Queen Mary University of London, has shown that we can now use our knowledge of the tuberculosis (TB) genetic code to predict which drugs are best for treating a patient’s infection. 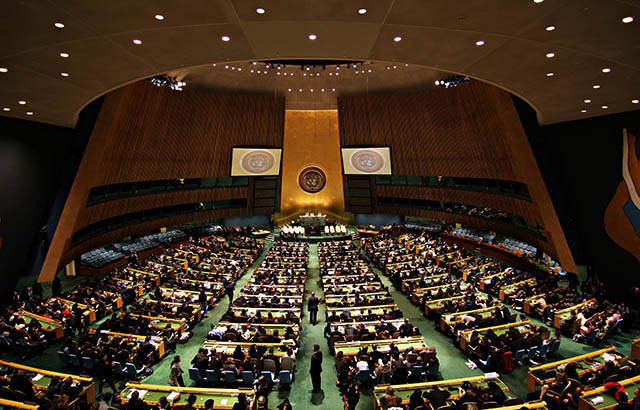 The findings were announced today at the United Nations General Assembly high-level meeting on tuberculosis, and published in the New England Journal of Medicine, and have already led to decisions in England, the Netherlands and New York to deliver treatment according to DNA sequencing results.

This study, led by the international CRyPTIC consortium and facilitated by the UK government’s 100,000 Genomes Project, is by far the largest of its kind, covering over 10,000 TB genomes from 16 partner countries, and could lead to quicker, more tailored treatment for the millions of people around the world living with TB.

Tuberculosis remains the world’s biggest infectious disease killer, claiming 1.7 million lives in 2016. Only 22 per cent of patients with multi-drug-resistant tuberculosis were treated in 2016. This has helped spread multidrug-resistant strains, meaning there is now an urgent need to get the correct drugs to patients quickly.

Since TB-antibiotics were first introduced 70 years ago, tests to determine which antibiotics will best treat an individual patient have depended on growing the bacteria in a laboratory, a process that takes weeks or even months. These difficult and slow tests remain out of reach for most of the world’s TB patients, leaving many on the wrong combination of drugs and with a reduced chance of survival.

“Here researchers working with Genomics England and with other agencies have demonstrated that DNA sequencing can be used to guide first-line treatment of tuberculosis. This shows that genomic medicine can enable precision care of millions of people, in the UK and around the world.”

Professor Chris Whitty, Chief Scientific Adviser for the UK’s Department of Health and Social Care, said: “Developing more effective approaches to treating multi-drug-resistant TB is crucial for the thousands of people affected in the UK and millions worldwide. This study is just one example of how the government is supporting research into how new technologies can help us tackle drug-resistant infections and thus preserve the effectiveness of current antibiotic treatments.”

The analysis conducted by the researchers, who looked at all major strains of TB, suggests that by sequencing the genomes of the TB bacteria present in a patient’s blood, doctors can now predict the susceptibility of the infection to different drugs with a sufficient degree of accuracy to guide their choice of drugs to prescribe.

This international research was supported by the Department of Health and Social Care through the National Institute for Health Research, Public Health England, the 100,000 Genomes Project, EMBL's European Bioinformatics Institute (EMBL-EBI), the Medical Research Council, the Wellcome Trust, and the Bill and Melinda Gates Foundation.

The University of Oxford, University of Leeds, Imperial College London, and the London School of Hygiene & Tropical Medicine were involved in the research.