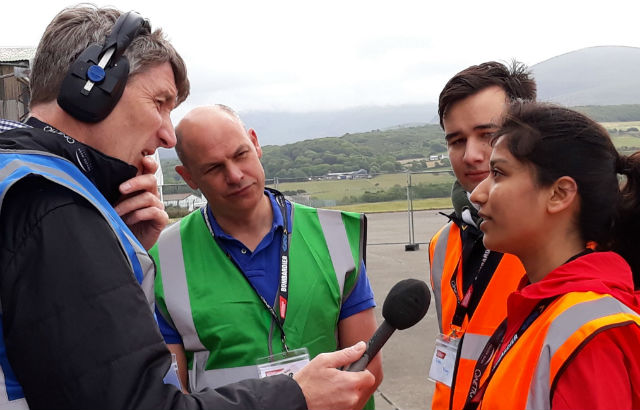 The UAS Challenge, run by Institute of Mechanical Engineers (IMechE), was held last week at the Snowdonia Aerospace Centre, near Llanbedr in North Wales.

The event showcases innovative engineering research and skills being developed at top universities in the UK and abroad. Students from over 20 universities competed with their drones in the “fly-off” final at the UAS Challenge.

This year, the young engineers had been challenged to design, build and operate a drone for a humanitarian aid mission.

Muhammad Arslan, President of the UAS Society at Queen Mary said: “We were delighted to compete in the UAS Challenge 2018 as it has provided us with an opportunity to not only represent Queen Mary at an international competition but has also allowed us to showcase our very unique hybrid UAS.

“The competition this year was tougher than ever before, but we believe strongly in the innovation our team has demonstrated this year. We are extremely thankful for all the support we've received from various schools across the campus, without whom this would not have been possible.” 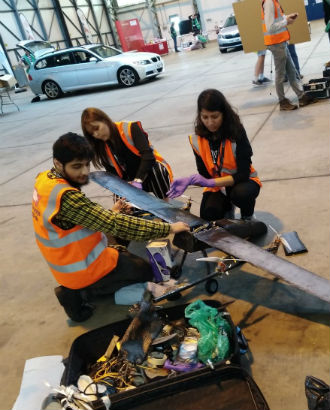 ‘Best of both worlds in an economical package’

The competition is based on several important steps that contribute towards the final airworthiness of the UAS. The team had to present a concept paper to judges at the ImechE before finalising designs, manufacture and testing.

Mr Arslan said the team have managed to merge two concepts to “get the best of both worlds in an economical package.”

“Our aircraft initially started as an initial prototype called P1, a design providing a practical aspect to the concept of ‘gear reduction’ to increase torque, as well as using bearings to mount the propeller directly on the tail spar,” he said. “However, the idea was quickly scrapped in favour of a more beneficial prototype incorporating a quadcopter and fixed-wing UAS hybrid.”

A nitro engine, mounted on the plane’s rear allows it to increase in speed and range due to its superior power output while the electronic motors allow it to take-off and land vertically as well as hover at a specified point.

Mr Arslan added: “Successful implementation leads us to all sorts of applications, as drones usually use electric motors but lack speed and endurance, while it’s the contrary with a fixed wing design.” 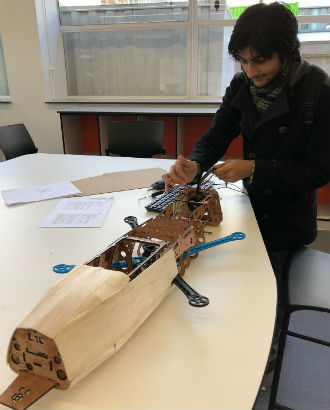 Bridging the gap between education and industry

Peter Finegold, Head of Education at the Institution of Mechanical Engineers said: “Taking part in the UAS Challenge provides students with an excellent opportunity to bridge the gap between education and industry.

“Students are involved in an engineering project which brings theoretical knowledge to life and encourages authentic work experiences such as working in teams, to deadlines and solving real problems as they arise.”