Fifty-eight per cent of a new kind of online video piracy is based in just two locations making them more vulnerable to copyright enforcers than previously thought, according to research by Queen Mary University of London. 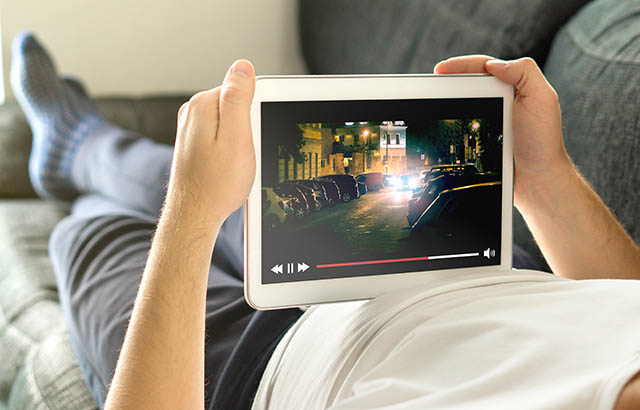 This is the first academic study on streaming cyberlockers - illegal YouTube-like websites which have begun to dominate online video piracy and which allow users to directly stream pirated content.

It used to be typical for content to be downloaded via peer-to-peer networks, such as BitTorrent, which operate by users sharing files directly between each other.

However this study, presented at the AAAI International Conference on Web and Social Media (ICWSM), reveals a huge ecosystem of web servers operated by cyber criminals which is not susceptible to many of the detection mechanisms that copyright enforcers use against Torrents.

Streaming cyberlockers are underpinned by third-party indexing services. These function as directories which allow viewers to search for any desired video and select a preferred streaming site from a list of URLs.

These two types of website operate hand-in-hand with a symbiotic relationship, collectively underpinning a global network of online piracy.

Lead author Damilola Ibosiola, a PhD candidate from Queen Mary’s School of Electronic Engineering and Computer Science, said: “Torrents are now competing with a new breed of more centralised service - so called streaming cyberlockers. We found that small numbers of networks, websites and jurisdictions host a disproportionate amount of content making them vulnerable to attack. For example, shutting down just two hosting providers would result in 58 per cent of the videos, and 71 per cent of the servers observed in our data set becoming unavailable. This is, of course, something that could either be exploited by pirates or copyright enforcers looking to update their strategies.”

As it would be impossible to inspect the entire copyright infringement ecosystem, the researchers analysed three prominent indexing sites, as well as 33 different cyberlockers. Between January and September 2017 they performed monthly crawls, collecting all published videos on these indexing sites.

When combining all genres they discovered a total of 139,335 video pages and 795,698 streaming links. About 73 per cent of links were for videos released since 2000.

They also found that some pirates operate multiple ‘front-ends’. Although they have different domain names, they are actually owned by the same hidden organisation. For example, gorillavid, movpod, and daclips all appear to be owned by the same entity. These three cyberlockers alone host 15 per cent of observed content.

The study also found clear geographical trends, with countries like Romania and the Netherlands acting as hot spots for copyright infringing content.

Co-author Dr Gareth Tyson, also from Queen Mary’s School of Electronic Engineering and Computer Science, said: “The study is important because it sheds light on a highly polarised debate. We try to avoid taking a moral stance in the paper, but there are two extreme stances. On the one hand, entire political movements like the Pirate Party have emerged around the idea that content should be freely available, whilst lobbyists consistently argue that dire consequences exist. Anything that can inform this debate is probably going to be helpful.”

The researchers hope to expand their datasets to generalise findings across a broader swathe of the ecosystem.