A multimedia art installation produced by People’s Palace Projects, based at Queen Mary University of London, will be on public display at the Southbank Centre’s Women of the World Festival from 9-11 March. 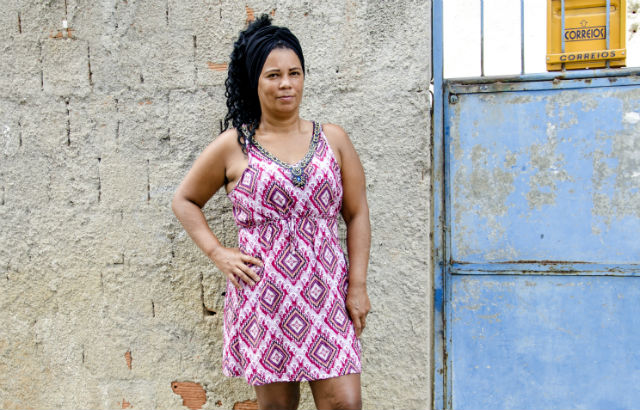 20 women from Rio's biggest favella give their testimonies of Violence Against Women and Girls (VAWG). Credit: Marcia Faria

The installation, SCAR, which is free to visit, is part of a transnational research project on Violence Against Women and Girls (VAWG) led by Queen Mary, King’s College London, the Latin American Women’s Rights Service, Redes da Maré, and the Federal University of Rio de Janeiro.

Designed by internationally-renowned artist Bia Lessa, the installation is based on research with over 800 women living in the biggest favela complex in Rio de Janeiro, Complexo da Maré, which has nearly 140,000 residents.

Through photography and film, 20 women from the favela share their personal experiences of gender-based violence. Marinalva, who moved to Rio when she was 10 to look after her sick aunt, recalls how she was sexually abused by her uncle from the age of 10 to 16. “He could have gone to jail for what he did to me but he didn’t”, she notes.

Women who were interviewed in the film will lead Q&A tours each day of the exhibition, alongside the artist and the lead researchers.

"A powerful snapshot of an alarming reality"

Professor Cathy McIlwaine, who is now based at King’s College London but undertook part of the research while at Queen Mary said: “The installation delivers a powerful snapshot of an alarming reality – in Brazil, an estimated 15 women are killed by men every day. Within the past three decades, at least 92,000 women have been killed – many at the hands of their partners. This represents a rise of 230 per cent between 1980 and 2010.

“By sharing their stories in the installation, these women are stitching a collective narrative and combatting a vicious cycle of silence and undeserved shame that repeats itself from generation to generation.”

During 2017, Professor McIlwaine led research that included surveys, interviews and focus group work with over 800 women in Rio de Janeiro and over 200 Brazilian migrant women in London to explore the nature, causes and consequences of urban Violence Against Women and Girls (VAWG) from a transnational viewpoint.

This research, which is funded by the Economic and Social Research Council (ESRC) under its Newton Fund, was conducted in close partnership with the Latin American Women’s Rights Service in London and Redes da Maré in Complexo da Maré in Rio de Janeiro.

Visit the installation for free

News story: Exploring the importance of comedy in contemporary literature and culture
6 August 2020