A student from Queen Mary University of London has run 25 miles of coastline in the British Isles to raise money for refugees. 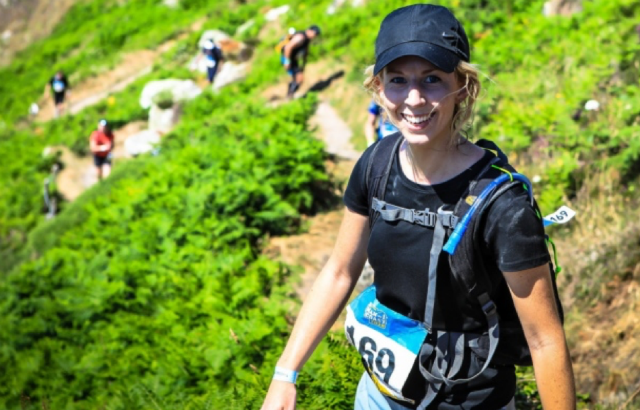 Nina Clifton, who is currently completing her masters thesis on refugees, participated in the ‘Man v Coast’ event, a 25 mile marathon along the Cornish peninsula broken up by swimming, coasteering, and cliff jumping.

Nina ran the ‘Man Vs Coast’ event to raise money for the charity Help Refugees, who work across Europe and the Middle East to provide assistance including food, clothing, shelter and funding.

Nina had run half marathons before, but said this event was particularly tough: “I could barely walk another step when I finished, but it was so rewarding. I would even go so far as to say it was fun. The scenery makes the pain more enjoyable, the Cornwall coastline is absolutely stunning!”

Nina is studying full time for a Global Public Health and Policy MSc at Barts and The London School of Medicine and Dentistry. She is currently focusing her thesis on highlighting the vulnerabilities of unaccompanied children, their health, and the current UK government processes that are in place to support them.

Nina said participating in the event not only furthered her studies but also helped coping with stress: “Exercise has been great after a long day sitting down in the library. Running is also a great way to explore London a bit more.

“Participating in this event has helped my studies because it's given me the opportunity to spread awareness, and raise vital funds, for a cause which I'm so passionate about supporting.”

Supporting those who were forcibly displaced

The root for Nina’s passion comes from her Grandpa who is Polish, and had to flee Poland with his family in the Second World War. Nina said: “The world is so connected, through families, through friends, through trade. We’re all just like each other, and it’s so important to remember that. We all deserve dignity and hope, and to be treated with humanity and respect, and that's the message I wanted to get across.

“It’s too easy to get caught up in the media headlines, I wanted to share some insight into the reality and urgency of the situation, from the voice of charities who work on the ground to support those who have been forcibly displaced due to conflict and threat of persecution.”

As an institution, Queen Mary is committed to providing support for those who have either been granted refugee status, or a different status as the result of an asylum application, so that they can access university and achieve their potential when studying.

Queen Mary’s School of Law has also held free open days for refugees and asylum seekers to provide information about access to legal aid and education, recognition of qualifications and career advice.