Queen Mary University of London has opened an International Centre for Teaching and Learning (ICTL) with one of China’s top universities, Northwestern Polytechnical University (NPU). 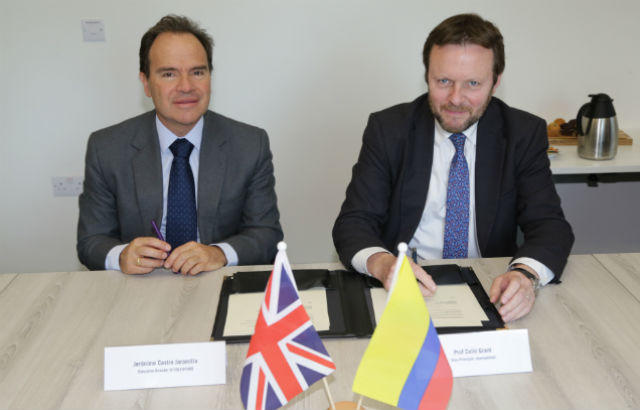 The Centre, which launched on 25 June, will form part of the Queen Mary University of London Engineering School of NPU (QMES), a Sino-foreign Joint Educational Institute. Its aim will be to establish best teaching and learning practice across STEM subjects (science, technology, engineering and mathematics).

The first of its kind in Northwest China

QMES is the first transnational education model of its kind in Northwest China and was opened in 2016 in a ceremony attended by the British Ambassador to China.

Based at the NPU campuses in the ancient capital city of Xi'an, QMES is unique because it relies on collaboration at all levels; from front-line staff to school hierarchy and administration.

An “unparalleled” model of collaboration

The ICTL was launched at a ceremony attended by Professor Colin Bailey, President and Principal of Queen Mary, and Professor Wang Jinsong, President of NPU. Professor Bailey said: “The strategic partnership between Queen Mary and NPU is a flagship project not only between two major international universities in the UK and China, but it also serves as a bridge between London and Xi’an - two historic cities at both ends of China’s ‘One Belt One Road Initiative.’”

He added: “This partnership exemplifies the success of the UK-China ‘Golden Era’. By deepening our connections with NPU, our students will further experience the best of British and Chinese education and research in the field of Materials Engineering, an area for which both universities are renowned.”

President Wang Jinsong said: “2018 is the 46th year since China and the UK has established diplomatic relations, as well as the 40th year that China applied reform and open policy. The relationships among different countries are much closer now than ever before, aiming to build up a community with a shared future for humanity, which brings more opportunities for universities and institutions to communicate.

“Collaboration between Northwestern Polytechnical University and Queen Mary University of London, based on the Golden Era of China-UK relationship, is also aiming at the development of human society and focused on the practice and research of student education and scientific research. NPU will seize the chance to intimate this relationship with QMUL, to push forward a whole round, multi-division collaboration, to make more significate contributions to the win-win co-operation and relationship between China and the UK.”

QMES forms an academic division within Queen Mary’s School of Engineering and Materials Science. Professor Wen Wang, Head of the School, said: "The partnership with NPU offers a level of collaboration that’s unparalleled with other transnational education models; it is not just a joint teaching programme but a full joint academic endeavour. To be adding this crucial component to the partnership just over a year after QMES’ opening is testament to the excellent collaboration that we have established thus far with NPU.”