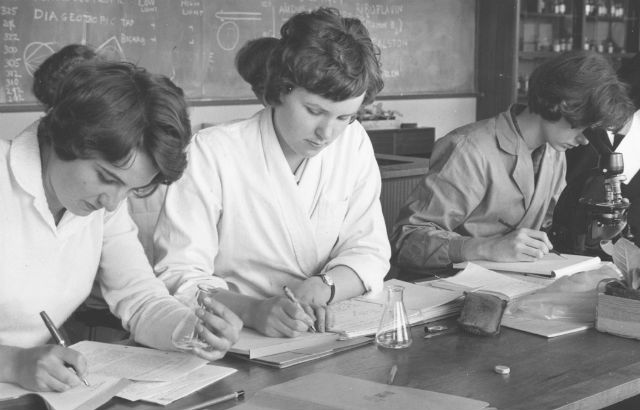 The campaign, which runs during 2018 and beyond, celebrates the admission of the University of London’s first nine female students in 1868 and the thousands who have followed.

It will commemorate alumnae, celebrate contemporary female students and champion the next generation through a programme of talks, open days, workshops and competitions.

The campaign’s website features a gallery of 150 notable alumnae and staff from the 1860s to the present day, 20 of whom have links with Queen Mary and Westfield College (which merged with Queen Mary in 1989).

The list includes novelist Sarah Waters, who cites her PhD at Queen Mary as the inspiration for some of her books, as well as entrepreneur Colette Bowe and historian Anna Keay, who both gained PhDs at the university.

The late historian and broadcaster Lisa Jardine, who is also on the list, was Centenary Professor of Renaissance Studies and Director of the Centre for Editing Lives and Letters at Queen Mary from 1990-2011. The Lisa Jardine Lecture is now held in her honour.

The campaign features women associated with Westfield College, which was established in 1882 with a specific aim to give women an education in less traditional fields, such as science, mathematics and botany.

Its founder, Constance Maynard (who features on the list), was a pioneer of women’s education and the first woman to study philosophy. Susan Stebbing, the first female philosopher in Britain, held a visiting lectureship from 1912-20.

Mary Danvers Stocks, who became Principal in 1939, was a strong advocate of the ‘new feminist’ school of thought and campaigned for family allowances and birth control.

In 1916, Pao Swen Tseng became the first Chinese student to graduate from the University of London, gaining a BSc in Botany. She became a recognised authority on education for girls and helped to establish the I Fang School in China, which held similar ideals to Westfield.

Queen Mary has many experts who research gender equality issues. For example, Professor Rainbow Murray, the university's first Senior Diversity Lead and a recognised expert on gender politics, will be delivering an inaugural lecture in March that focuses on why certain men dominate politics, considering how we define and recognise merit.

Queen Mary is also Athena SWAN Silver accredited, which recognises the university’s advancement of gender equality. Professor Edmund Burke, Vice-Principal (Science and Engineering), who chairs Queen Mary’s Gender Equality Self-Assessment team, said: “We were thrilled to gain the Athena SWAN Silver accreditation last year, which demonstrates the university’s long-standing and deep commitment to gender equality. The University of London’s campaign helps us to remember and celebrate the pioneering women who have shaped our great institution, as well as those who continue to do so.”