In our mission to deliver impact, we’re stronger together 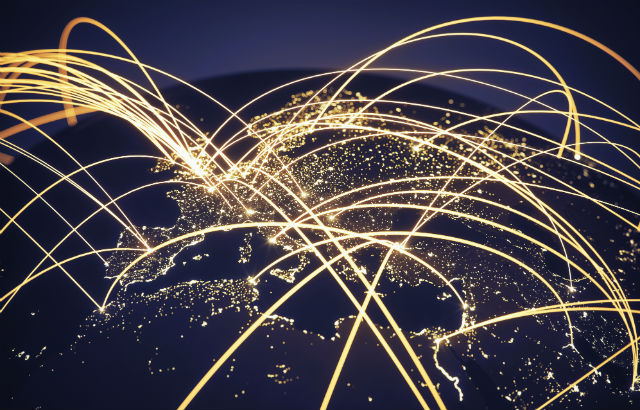 Almost 30 years ago, Francis Fukuyama heralded the post-Cold War period as the victory of democracy and the “end of history”. Last month, he released a new book on the crisis of democracy. History, it seems, is very much alive.

This spectacular U-turn is unsurprising given what we’ve seen in recent months, with the rule of law under threat in some European Union member states and the rise of populism. As seen in the US too, debate of political ideas has often been superseded by an appeal to visceral identity politics, while the manifesto has given way to the tweet.

These trends matter to universities more than ever before. We have long since lost the luxury of living in ivory towers.
At Queen Mary, we are committed to bridging the gap between academia and civil society, as well as driving industrial, economic and cultural impact. In the current political vacuum, universities are the best possible agents for multilateral engagement and impact.

But there is only so much we can do on our own. University networks are increasingly playing a large part in our work to build bridges with civic society.

At the turn of the century, informal networks gave rise to the now well-established Universitas21 and World Universities Network, which are fundamentally academic networks.

Now, new networks are emerging thanks to other policy priorities, such as impact, prosperity and security. Other networks coalesce around impact, innovation and leadership.

At the national level in the UK, there is a distinct move towards a cluster-building approach to science innovation. Greater university involvement with the Turing Institute and the government’s new £40 million Institute of Coding are just two examples from the past year alone that highlight the narrowing gap between universities and their civic partners in industry, society and government.

Occupying a similar space, the Global University Leadership Forum acts as a community to address educational, scientific and research agendas. But unlike the more conventional networks, GULF is also an advisory body, providing ‘intellectual stewardship’ to the World Economic Forum. These are just some examples of significant shifts in the role of networks: both groupings anchor universities as key catalysts in the global innovation ecosystem.

Partnership, openness and freedom of thought and movement

The relatively new Talloires Network also places community engagement at the heart of its vision. Its Youth Economic Participation Initiative gives young people in the global south the entrepreneurship education that they need to be the economic and civic leaders of the future.

And, of course, the Association of Commonwealth Universities has supported universities in developing countries to access cutting-edge research through initiatives such as its low-cost journal scheme, which gives African researchers access to high-quality print copy journals at an affordable price.

Partnership, openness and freedom of thought and movement lie at the heart of these new types of alliances. They drive and deliver tangible social, cultural and economic impacts, creating a new resilience for an altered world.

But complacency is the enemy of impact. Universities need to drive progressive coalition-building with as many innovation actors as they can muster. These coalitions will grow and thrive over the coming years as academia, society and industry converge.

As Fukuyama has admitted, the future direction of history remains uncertain. It will require universities, working together with other forces for civic good, to ensure that it heads on the right path.