A feature length drama about living with HIV/AIDS in East Africa produced by an academic at Queen Mary University of London has premiered in cinemas this week. 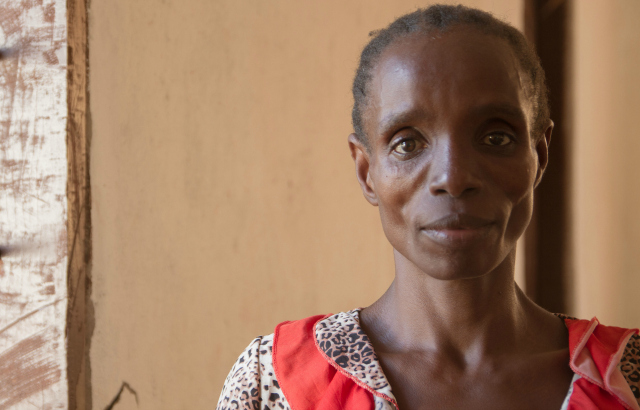 Dr Sophie Harman, a Global Health Researcher based in the School of Politics and International Relations, produced the film Pili which is based on the stories of real women from rural Tanzania.

Dr Harman said: “After years of research that went into it, I am really excited to see Pili out in cinemas this week. Seeing Bello (who plays Pili) on the poster, all the reviews, and listings for the film give me a sense of excitement as to what audiences will think of it and a real pride in what the whole team has achieved.”

The film follows the lead character Pili over four days as she grapples with an opportunity to change her life. Pili works the fields for less than $1 a day to feed her two children and struggles to manage and conceal her HIV-positive status.

When she is offered the chance to rent a sought-after market stall, Pili is desperate to have it. However with no time to get the deposit together, she is forced to make increasingly difficult decisions with ever deepening consequences. How much will she risk to change her life?

Dr Harman produced the film on location and devised the story from interviews with 85 women from the Pwani region of Tanzania. More than 65 per cent of the cast are HIV positive.

The lives of the film’s main characters are based on the day-to-day experiences of the women who took part. Many of the women live on less than $2 a day.

All money raised from the project went to the women and communities who took part. The project was funded by an AXA Insurance Outlook Grant and a Queen Mary University of London Innovation Fund award.

“My hope is the themes of the film resonate with audiences, both to encourage understanding of the everyday lives of women living with HIV and for those who see themselves in the movie to know that they are not alone,” added Dr Harman.

Visit the official Facebook page for more details about the film and to watch the exclusive preview.