Violence against women: Nobel Peace Prize is a start – but legal backing is long overdue

Daniela Nadj, Lecturer in Public Law at Queen Mary University of London has written an opinion piece for The Conversation about decision to award the 2018 Nobel Peace Prize to two campaigners against sexual violence towards women in conflict. She argues that it's a good start but more needs to be done. 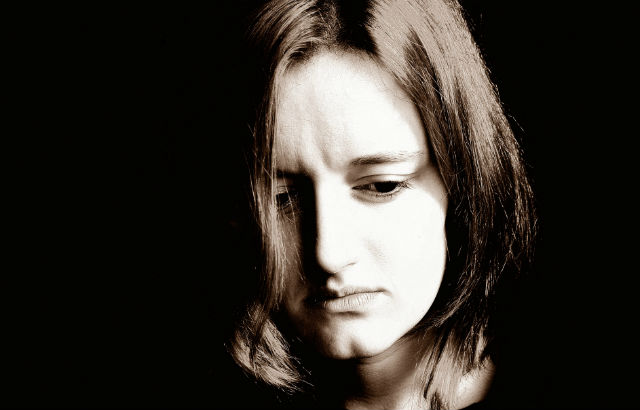 The decision to award the 2018 Nobel Peace Prize to two campaigners against sexual violence against women in conflict, Nadia Murad and Denis Mukwege has rightly been hailed as a much-needed signal that the international community recognises the severity of this problem in an increasingly conflict-ridden world.

Violence against women has been a topic engaging feminist legal scholars and international lawyers for a long time. A sustained feminist advocacy emerged around widespread reports of sexual violence experienced by women during the armed conflicts in the former Yugoslavia and Rwanda in the early 1990s. This culminated in the creation of the International Criminal Court in 2002, whose statute enables the prosecution of a range of sexual harms.

So giving this prestigious prize to two frontline human rights activists does highlight the growing global recognition of the widespread and endemic sexual harms women suffer during wartime. But despite this welcome recognition – and in spite of the widespread reporting of sexual violence incidences in conflict – the international legal system lacks a binding legal convention on the prohibition of violence against women. There is therefore a gap between symbolism and legal reality.

Murad was awarded the Nobel Peace Prize for her advocacy work in relation to her experience as a Yazidi-Kurdish woman who survived sexual violence assaults – including numerous rapes and prolonged sexual enslavement at the hands of Islamic State (IS) in northern Iraq in 2014. In 2016 she became the UN goodwill ambassador for the dignity of survivors of human trafficking, using her appointment as a platform to raise awareness of the widespread nature of human trafficking of women before the United Nations Security Council.

In 2017 she published her memoir, The Last Girl: My Story of Captivity, and My Fight Against the Islamic State, in which she recounts her ordeal at the hands of IS and advocates for the prosecution of IS fighters before the International Criminal Court. She has also continually reiterated the idea that rape and sexual slavery need to be conceptualised as weapons of war and treated as such by international criminal law. In a recent interview she said:

Rape has been used throughout history as a weapon of war. I never thought I would have something in common with women in Rwanda – before all this, I didn’t know that a country called Rwanda existed – and now I am linked to them in the worst possible way, as a victim of a war crime that is so hard to talk about that no one in the world was prosecuted for committing it until just 16 years before ISIS came to Sinjar.

Mukwege gained worldwide acclaim for his work as a surgeon, gynaecologist and women’s rights activist. He founded the Panzi Hospital in Bukavu in the Democratic Republic of Congo in 1999 as a clinic specialising in gynaecological and obstetric care, performing complex surgeries on women who had been raped and viciously sexually assaulted during armed conflict in the DRC from 2003 to 2016.

Having treated 40,000 survivors of sexual violence, he is today considered one of the world’s leading experts on “repairing” the internal physical damage caused by gang rape. In addition to restorative surgery, the hospital also provides psychological support for victims and offers a one-stop hospital for rape survivors, as well as providing financial support for the women affected in order to enable them to reintegrate into society.

Both activists have brought to the world’s attention the gendered nature of armed conflict and have shone a light on a pervasive phenomenon of modern wars. This has also been one of the central concerns of the UN Security Council, which has passed eight resolutions on Women, Peace and Security, since 2000.

But despite the powerful symbolic victory of the Nobel Peace Prize, the reality on the ground remains that a binding convention on the prohibition of gender-based violence in all its forms is still lacking. The 1979 Women’s Convention (CEDAW), often heralded as the most significant treaty for the elimination of discrimination against women, does not contain a specific prohibition against gender-based violence.

Neither does the 1992 CEDAW Committee Declaration No. 19 – a landmark declaration defining gender-based violence, which is symbolic rather than binding in nature. The UN Resolutions on Women, Peace and Security, such as UN Resolution 1325 – which calls on all state actors and those involved in post-conflict reconstruction efforts to incorporate a gender-based perspective into the transitional peace process and emphasises the full and equal participation of women in all peace-related efforts – have not led to the securing of a binding resolution on the prohibition of gender-based violence.

There remains a persistent moral gap between rhetoric and practice when it comes to addressing gender-based violence. What is lacking is a clear political will to implement a multilateral convention that would impose obligations on state parties. As former UN special rapporteur on violence against women, its causes and consequences, Rashida Manjoo told me when I interviewed her in 2015:

One of the challenges is that, whereas the rhetoric is that violence against women is a human rights violation, the reality is that there is an absence of responding to that in a deeper way that demands a different response. So when the rhetoric is that it is a human rights violation, and we do not acknowledge that it is pervasive, that it is systemic and that it has numerous structural causes, including socioeconomic causes, then actions must reflect this reality.

This is especially important in light of the fact that gender-based violence almost always exists on a continuum of violence. Frequently, there is a link between the prolonged incidences of domestic violence in peacetime and the levels of sexual violence seen in armed conflict. This has been seen time and time again, in Yugoslavia and Rwanda, as well as in the DRC.

The recent recognition of the advocacy efforts of the two Nobel laureates therefore serves as a vital reminder that the actual work of drafting and putting into effect a binding convention for the prohibition of violence against women is an urgent priority, which can no longer go unaddressed by the international community.

This opinion piece was originally published in The Conversation on 19 October 2018.

News story: EU failing to comply with obligations on migration, according to new report
13 October 2020