Most Londoners believe homelessness has gone up in the capital

Sixty-nine percent of Londoners think that rough sleeping has increased in the capital, according to the latest poll out conducted for the Mile End Institute at Queen Mary University of London. 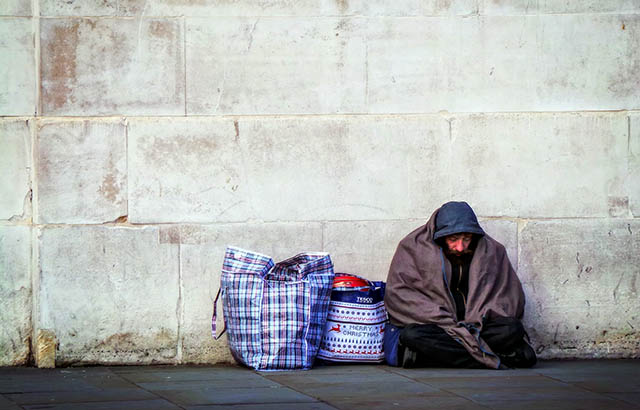 This includes large majorities of every demographic group, by age, gender, social grade, whether they live in inner London or outer London, the party they support, and their ethnicity.

Just three percent of those polled think that homelessness has gone down, while the rest said they don’t know or believe it has remained at about the same level.

Fieldwork for the poll was conducted by YouGov.

Philip Cowley, Professor of Politics at Queen Mary and Director of the Mile End Institute, said: “It is relatively rare in polling to find things that almost everyone agrees about – but Londoners are certain that there has been a rise in rough sleeping, and four out of ten Londoners think it has gone up a lot.”

However there is a difference when Londoners are asked who they blame for this perceived rise in homelessness.

The notable exception to this is Conservative voters who are more likely to blame their local council (28 per cent) or the EU (20 per cent) rather than the government (15 per cent).