Neve Gordon, Lecturer in Public Law at Queen Mary University of London has co-authored an opinion piece for The Conversation about discourses concerning migration in the United States. He argues that the use of military vocabulary to describe migrants is both calculated and potentially deadly. 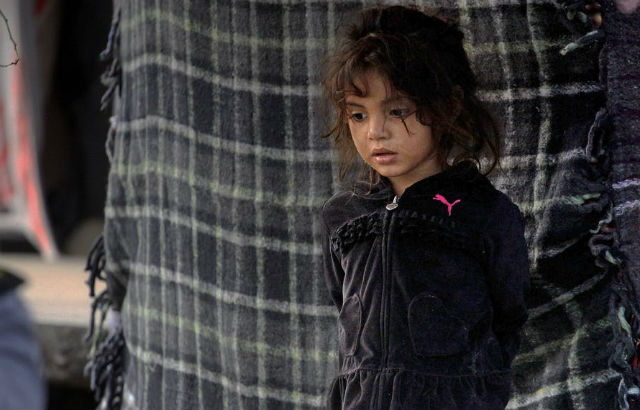 The “migrant caravan” is making its way towards the US border – and is facing countless obstacles and much opposition along the way. Most recently, protests erupted when a large group of the migrants reached the Mexican border town of Tijuana. Unsurprisingly, Donald Trump was quick to join the clamour, accusing them of causing “crime and big problems in Mexico.”

The men, women and children in the caravan are travelling as a large group because in the past individuals and small groups who have fled central America to escape political violence or to find a better livelihood have been kidnapped by traffickers and drug gangs. Travelling en masse offers them a degree of protection.

US president Donald Trump has long lambasted the migrants. He first characterised them as “invaders”, who sheltered among their ranks “unknown Middle Easterners”. Later, Trump admitted that this thinly veiled attempt to portray the migrants as terrorists was not based on any “proof” but nevertheless went on to calm the public by declaring that the US military would be waiting for the caravan at the Mexican border. Initially announcing that he would send as many as 5,200 troops, he later upped this number to a possible 15,000 soldiers.

US secretary of state, Michael Pompeo, joined the bandwagon, warning the American people that the migrants are “putting women and children in front of this caravan to use as shields as they make their way through.”

As if to add credibility to this claim, the Department of Homeland Security (DHS) then released a factsheet stating that among the marchers are hundreds of individuals who “have criminal histories”, and adding that, in Central America, they have put “women and children to the front to act as human shields as the caravan pushes against [the Guatemalan] military forces”.

Interestingly, the president, secretary of state, and DHS did not pluck these allegations out of thin air. They are simply repeating claims made in a 2014 report published by the US right-wing Tea Party organisation.

The report described the movement of migrants as an “offensive whereby the southern borders of America are being swarmed”, adding: “This offensive is an invasion, not led by troops, but by divisions of mothers, children and young adults marching north from Central America and Mexico.” It went on:

Civilian women and children are directly marched into the target nation so that permanent settlement locations may be secured for more advancing insurgents. In effect, the civilians become political human shields for the insurgents coming in behind them, which are part of a much larger (and more dangerous) offensive.

The use of military vocabulary – “invasion”, “divisions”, “insurgency”, “offensive” and “human shields” – to describe such migrants is, of course, calculated. It aims to prepare the ground for the way they will be treated once they reach the US border.

Consider the expression “human shields”. According to international law, human shields are civilians or prisoners of war whose bodies are deployed to illegally protect a legitimate military target. Whether they do so voluntarily or are forced to do so, the law states that they cannot “render an area immune from attack.”

Consequently, voluntary shields who die during an attack are responsible for their own deaths because they put themselves in harm’s way. Similarly, when involuntary shields die, those deploying them rather than those killing them are to blame. In armed conflicts, when civilians are used as shields by state militaries, they lose or risk losing the protections bestowed on them by international law.

By using such language, Pompeo and the DHS potentially achieve two things. First, they cast the migrant caravan as an enemy that is willing to deploy human shields – a legitimate target for military action rather than a group of innocent and vulnerable individuals. Second, they suggest that if these migrant “human shields” die, it is those who use them as shields – rather than the US authorities – who must be held responsible.

Pompeo and the DHS are not alone in their attempts to frame migrants as legitimate military targets. Hungary and the Czech Republic have also categorised migrant children as “human shields”, claiming that their parents are using them to facilitate their efforts to enter Europe.

Significantly, the use of “human shields” is also something that is projected almost exclusively on to non-white migrants, another attempt to portray them as “barbaric” people who fail to understand and respect the civilised norms of international law.

Much like the rebels in Syria, Houthis in Yemen, and Palestinian protestors in Gaza, migrants are now widely depicted as deliberately violating the distinction between combatant and non-combatant, purportedly shielding themselves behind “women and children” in order to gain an advantage against state militaries. Consequently, such migrants are depicted as perpetrators of a war crime – even though they are not waging an armed struggle and, in many cases, are simply trying to escape one.

And so by attempting to make a better life for themselves, migrants are transformed into military targets, people who can be legitimately injured or killed. As the migrant caravan works its way north, and is further demonised for doing so, the world should reflect on this and how one of the pillars of international law – the category of civilian – is being eroded.

This opinion piece was authored by Neve Gordon (Queen Mary University of London) and Nicola Perugini (University of Edinburgh) and originally published in The Conversation on 19 November 2018.