Trial to test for oesophageal cancer risk launches across the UK

A clinical trial designed by Queen Mary University of London (QMUL) will allow GP surgeries to test for Barrett’s oesophagus – a condition that can increase the risk of developing oesophageal cancer. 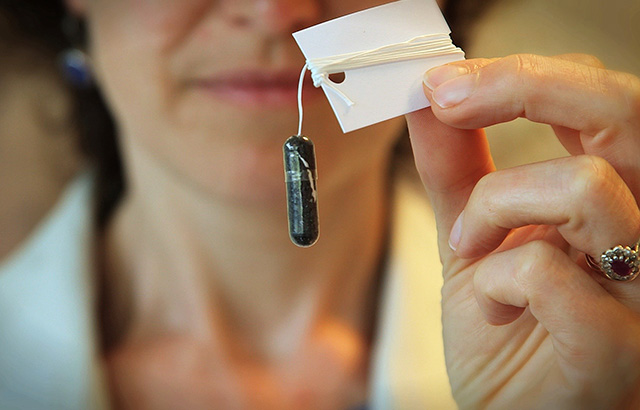 The Cancer Research UK-funded trial is led by the University of Cambridge and aims to offer the Cytosponge test, a less invasive way to test oesophageal cells in patients with acid reflux symptoms, to up to 150 GP practices.

In the Cytosponge test, the patient swallows a capsule with a sponge inside, attached to a string. When it reaches the stomach, the capsule dissolves, exposing the sponge, which a nurse then pulls out. As it passes up the oesophagus, it collects cells from the lining for analysis. The procedure is not painful and the test takes five minutes to perform.

A recent study by QMUL, published in BMJ Open, found that a small group of patients perceived the cytosponge to be an acceptable and simple test, which the majority would have if invited. 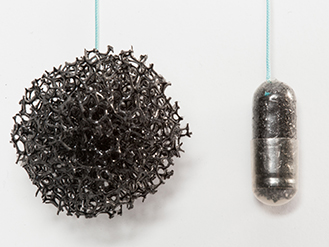 Professor Peter Sasieni  from QMUL’s Wolfson Institute of Preventive Medicine said: “This study will rigorously evaluate if the Cytosponge can be used in general practice to diagnose very early changes in the food pipe. This will allow doctors to intervene early to prevent cancer from developing. Oesophageal cancer is often diagnosed too late to be cured so if this works it will have an enormous impact on controlling this aggressive cancer. This trial is a large collaboration between GPs, hospitals and universities across the UK.”

The researchers hope to assess whether the Cytosponge test will increase the number of Barrett’s oesophagus diagnoses in primary care. They will also examine how cost effective the technique is and whether patients are prepared to take the test.

This is the last step required before it could be adopted into mainstream practice. The technique could streamline the patients referred for an endoscopy to those that need it.

The trial researchers are looking for GP surgeries across the UK to sign up and take part and aim to recruit nearly 9,000 patients to the trial. Participants must be aged 50 and over and be on long-term acid-suppressant medication.

While most patients diagnosed with Barrett’s oesophagus won’t develop oesophageal cancer, understanding who is at increased risk could help to prevent oesophageal cancer, or diagnose the disease earlier when treatment is more likely to be successful.

Professor Rebecca Fitzgerald, lead author at the University of Cambridge, said: “We’re excited to see this being tried out in GP surgeries. It’s a safe way to test for Barrett’s oesophagus and we hope that this will make it easier for GPs to identify patients who have an increased risk of developing oesophageal cancer without having to refer them to hospital.”