The first results from a functional genetic catalogue of the laboratory mouse have been shared with the research community, revealing new insights into a range of rare diseases and the possibility of accelerating development of new treatments and precision medicine. 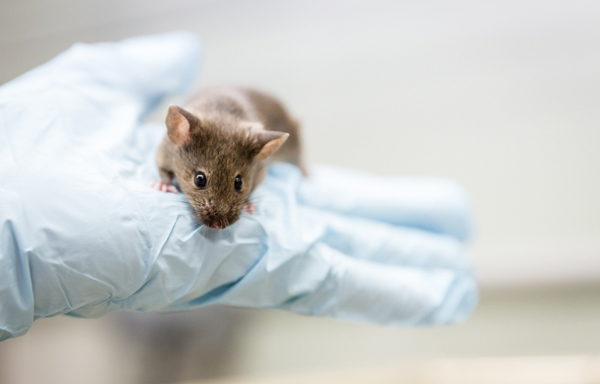 The research, which generated over 20 million pieces of data, has found 360 new disease models and provides 28,406 new descriptions of the genes’ effects on mouse biology and disease. The new disease models are being made available to the biomedical community to aid their research.

The International Mouse Phenotyping Consortium (IMPC)* is aiming to produce a complete catalogue of mammalian gene function. Their initial results, now published in the journal Nature Genetics, is based on an analysis of the first 3,328 genes (15 per cent of the mouse genome coding for proteins).

Lead author Dr Damian Smedley from Queen Mary University of London (QMUL) and a Monarch Initiative** Principal Investigator, said: “Although next generation sequencing has revolutionised the identification of new disease genes, there is still a lack of understanding of how these genes actually cause disease.

“These 360 new disease models that we’ve identified in mice represent the first steps of a hugely important international project. We hope researchers will be able to use this knowledge to develop new therapies for patients, which is ultimately what we’re all striving to achieve.”

What can a laboratory mouse tell us about human disease?

With its similarity to human biology and ease of genetic modification, the laboratory mouse is arguably the preferred model organism for studying human genetic disease. However, the vast majority of the mouse genome remains poorly understood, as scientists tend to focus their research on a few specific areas of the genome linked to the most common inherited diseases.

Development of therapies for rare disease lags far behind, with over half of diagnosed rare diseases still having no known causative gene. This is why the IMPC is aiming to build a complete database that systematically details the functions of all areas of the mouse genome, including neurological, metabolic, cardiovascular, respiratory and immunological systems.

Terry Meehan, IMPC Project Coordinator at European Bioinformatics Institute (EMBL-EBI) said: “Mouse models allow us to speed up patient diagnosis and develop new therapies. But before that can work, we need to understand exactly what each gene does, and what diseases it is associated with. This is a significant effort in data collection and curation that goes well beyond the capabilities of individual labs. IMPC is creating a data resource that will benefit the entire biomedical community.”

The project involves going through the mouse genome systematically and knocking out a particular gene, one by one, in different mice. By looking at the mouse’s resulting characteristics in a variety of standardised tests, the team then see if and how the gene knockout manifests itself as a disease, and link their findings to what is already known about the human version of the disease. The ‘one by one’ knockout approach lends itself to rare gene discovery, as often these diseases are caused by variants of a single gene.

The team also identified new candidate genes for diseases with an unknown molecular mechanism, including an inherited heart disease called ‘Arrhythmogenic Right Ventricular Dysplasia’ that affects the heart muscle, and Charcot-Marie-Tooth disease, which is characterised by nerve damage leading to muscle weakness and an awkward way of walking.

Dr Smedley added: “In addition to a better understanding of the disease mechanism and new treatments for rare disease patients, many of the lessons we learn here will also be of value to precision medicine, where the goal is to improve treatment through the customisation of healthcare based on a patient's genomic information.”

The study was a collaboration between the European Bioinformatics Institute, Medical Research Council Harwell, the Monarch Initiative and QMUL, and funded by the National Institutes of Health.