Queen Mary University of London (QMUL) has received £2m from Barts Charity to launch the Barts Research Centre for Women's Health, with the aim of tackling problems that affect mothers and their unborn and newborn children. 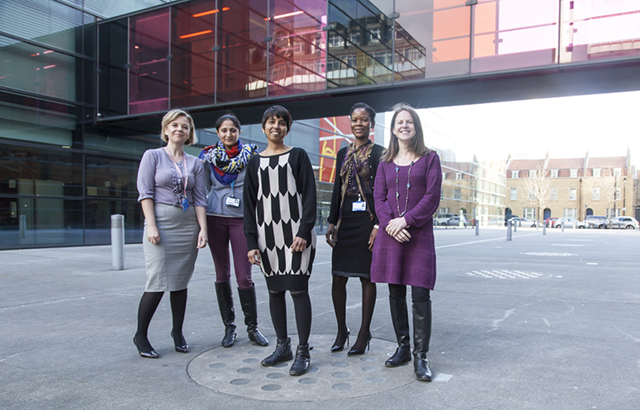 Members of the research team

Diabetes is one of the key issues the Centre will focus on. In East London where the Centre is based, as many as 10-15 per cent of mothers develop diabetes in pregnancy.

Professor Shakila Thangaratinam, joint lead researcher at QMUL’s new Barts Research Centre for Women's Health said: “Diabetes, bleeding following childbirth, obesity – these are all key problems, not just for our local community but for mothers across the UK and internationally too. We’re creating a visibility at a national level too, addressing problems in mothers who need it most and helping to put findings into clinical practice nationwide.”

Specifically, their research will focus on four key areas across conception, pregnancy, birth and post-birth: 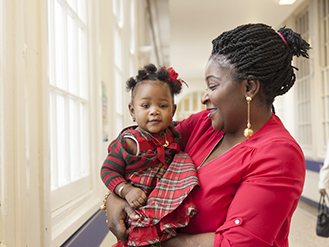 For the research, Professor Thangaratinam and her team will tap into a network of partners across London that includes QMUL, the hospitals and birthing centres of Barts Health NHS Trust (at Newham, The Royal London, Mile End, St Bartholomew’s and Whipps Cross), and patient groups, among others – a network that serves 2.2m people with over 20,000 birth bookings every year.

Fiona Miller Smith, Chief Executive of Barts Charity, said: “We’re excited by the potential of this new Barts Women’s Health Research Centre. We’re committed to funding projects that make a real difference to the immediate communities we support, as well as impacting on healthcare on a broader scale – nationally and beyond.”

Steve Thornton, Vice Principal (Health) and Executive Dean at Barts and The London School of Medicine and Dentistry, added: “I am delighted that this important area of research has attracted the funding required to make a difference to the population of the East End and beyond. We are extremely grateful for the help and support provided by Barts Charity.”

Professor Lesley Regan, President of the Royal College of Obstetricians and Gynaecologists, said: “It is a real privilege to launch the new Barts Women’s Health Research Centre. With a world leading research programme, the centre will help improve the health and wellbeing of women and to give their babies the best possible start in life. Of particular importance is the need to focus on health inequalities and challenges faced by women across East London as well as nationally and globally.”