Queen Mary University of London (QMUL) has been awarded $1.5m (£1.2m) by Edwards Lifesciences to carry out a study into a debated therapy for preventing complications, especially infections, after major surgery. 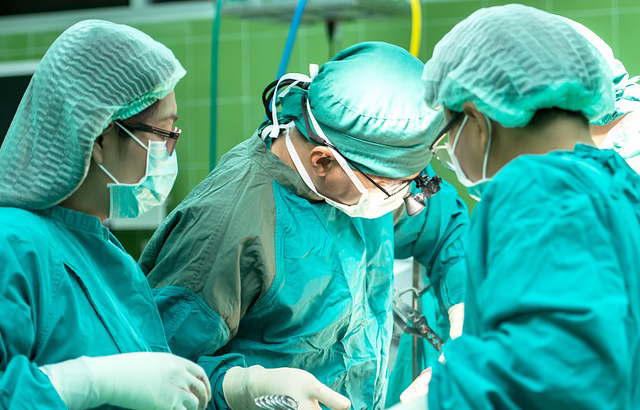 The research grant will be used to run the OPTIMISE II Trial to determine the impact of a type of fluid therapy on thousands of patients undergoing surgery.

Patients who have major surgery are regularly subjected to either too much intravenous fluid or not enough, which can lead to complications, especially infections, and affect their long-term health.

There is a particular method of giving intravenous fluid, known as ‘cardiac output-guided fluid therapy’, which uses a monitor to tell the doctor whether the fluids being given are improving heart function or not, so that they can adjust accordingly. However, studies of this method have been inconclusive to date, and doctors lack the comprehensive evidence they need to determine the therapy’s impact on a patient’s health.

Study lead Professor Rupert Pearse from QMUL’s William Harvey Research Institute said: “This trial will address a very important clinical problem that needs definitive answers. For a number of reasons, including a lack of high quality research, doctors are divided on the use of cardiac output-guided fluid therapy for surgical patients, and many remain uncertain as to whether to use it.

“Some doctors believe this treatment improves patient health, but others argue it may be harmful and should definitely be avoided. What’s worse is that doctors with opposing views often work in the same hospitals, and this isn’t good for patients. We want to settle this debate once and for all.”

The results of a trial published in JAMA in 2014 suggested that there may be benefits to using cardiac output-guided fluid therapy, but with only 734 patients involved, no firm conclusions could be gained.

The Optimisation of Perioperative Cardiovascular Management to Improve Surgical Outcome II (OPTIMISE II) Trial is an international clinical trial, involving hospitals in the UK, US, Canada, Germany, Spain, Sweden and Australia, which will recruit 2,502 patients who are undergoing major gut surgery.

The researchers will study the outcomes of using cardiac output-guided fluid therapy versus control groups, and monitor how many patients develop infections, especially surgical site infections and pneumonia. They will also closely monitor patients for any harm including small heart attacks to provide robust evidence on both safety and effectiveness.

The first patients were recruited last month and the team say they have hope to have results in approximately three years’ time.