A 'cure' for haemophilia is one step closer, following results of a groundbreaking gene therapy trial led by Queen Mary University of London. 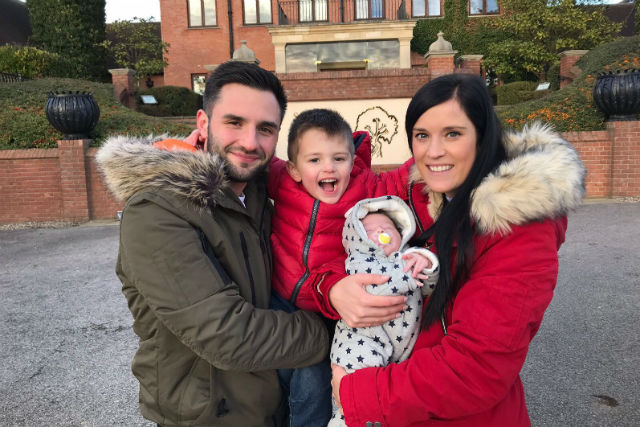 Clinical researchers at Barts Health NHS Trust and Queen Mary found that one year on from a single treatment with a gene therapy drug, participants with haemophilia A (the most common type) are showing normal levels of the previously missing protein, and effectively curing them.

The early study, which was published in the New England Journal of Medicine found that a single infusion of the gene therapy drug showed improved levels of the essential blood clotting protein Factor VIII, with six out of seven patients treated at the highest dose achieving normal Factor VIII levels even many months after treatment.

The 'transformational' results have particular significance as the first successful gene therapy trial for the haemophilia A.

There are around 2000 people with severe haemophilia A in the UK. A hereditary genetic condition dominantly affecting men, people with severe haemophilia A have virtually none of the protein factor VIII which is essential for blood to clot. It puts those affected at risk of excessive bleeding even from the slightest injury as well as causing spontaneous internal bleeding, which can be life-threatening. Recurring bleeding into joints can also lead to progressive joint damage and arthritis. The only current treatment involves multiple weekly injections to control and prevent bleeding, but there is no cure.

The trial saw patients across England injected with a copy of the missing gene, which allows their cells to produce the missing clotting factor. Following patients for 12 months, tests show that six out of seven patients treated with the highest dose in the trial now have normal levels of the previously missing factor and all seven patients have been able to stop their previously regular treatment.

John Pasi, Professor of Haemostasis and Thrombosis at Queen Mary and Haemophilia Centre Director at Barts Health NHS Trust explained: "We have seen mind-blowing results which have far exceeded our expectations. When we started out we thought it would be a huge achievement to show a five per cent improvement, so to actually be seeing normal or near normal factor levels with dramatic reduction in bleeding is quite simply amazing. We really now have the potential to transform care for people with haemophilia using a single treatment for people who at the moment must inject themselves as often as every other day. It is so exciting."

The team will now hold further tests widening participants globally to include people in the USA, Europe, Africa and South America.

Professor Pasi continued: "Incredibly exciting is the potential for a significant change in how haemophilia is treated globally. A single dose of medication that can so dramatically improve the lives of patients across the world is an amazing prospect."

Professor Jo Martin, President, The Royal College of Pathologists said: "Pathology research is often responsible for ground-breaking developments in diagnoses and treatments that transform the lives of patients.

"What is truly remarkable about this revolutionary new gene therapy are the profound life-changing effects it offers patients with haemophilia. We would like to congratulate College fellow, Professor Pasi, and his team at Barts Health NHS Trust and Queen Mary University of London for their work in creating a simple but transformational treatment for patients."

Jake Omer, 29 lives in Billericay and is married with two children, aged 3 years and a baby of 5 weeks. Diagnosed at two years old, he has had frequent injections of factor VIII to prevent bleeds ever since. Before he was treated with the gene therapy, Jake would wake up early before work to inject three times a week as well as injecting whenever he had an injury to stop the bleeding. As a result of of repeated bleeding Jake has arthritis in his ankles. His father is a Turk-Cypriot and as a child he and his family could never travel to visit relatives in case he needed medical care as the facilities wouldn’t have been available.

Jake said: “The gene therapy has changed my life. I now have hope for my future. It is incredible to now hope that I can play with my kids, kick a ball around and climb trees well into my kids' teenage years and beyond. The arthritis in my ankles meant I used to worry how far I would be able to walk once I turned 40. At 23 I struggled to run 100m to catch a bus; now at 29 I'm walking two miles every day which I just couldn't have done before having the gene therapy treatment.

“It's really strange to not have to worry about bleeding or swellings. The first time I noticed a difference was about four months after the treatment when I dropped a weight in the gym, bashing my elbow really badly. I started to panic thinking this is going to be really bad, but after icing it that night I woke up and it looked normal. That was the moment I saw proof and knew that the gene therapy had worked.”

The researchers caution that while the initial results are exciting, further research and data collection is needed to ensure the treatment is both effective and safe, and this may take some time.