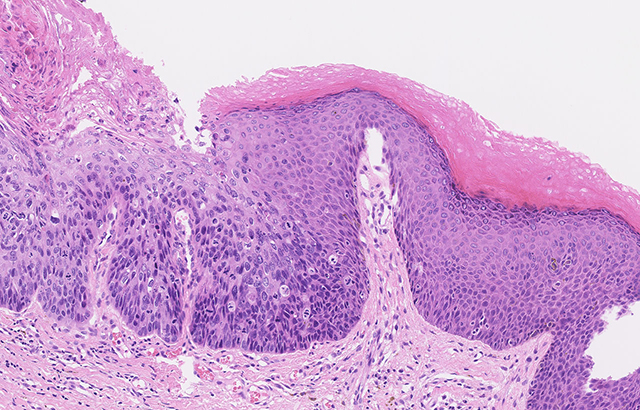 Microscope image of abnormal cells within the anus

The early research by Queen Mary University of London (QMUL), which was funded by Cancer Research UK, finds that the test could lead to a reduction in painful procedures and minimise the over-treatment of people at low risk.

While a test could be developed within five years, the researchers caution that the results first need to be confirmed in a much larger study across the UK, and repeated using swab samples rather than the biopsies which were used in the current study.