On the 70th anniversary of the Nazi Doctors trial, a commemorative event in London will explore how human experimentation during the Holocaust led to the code of ethics used in clinical trials today. This will be illustrated by witnesses from both the camps and the Nuremberg Trials. 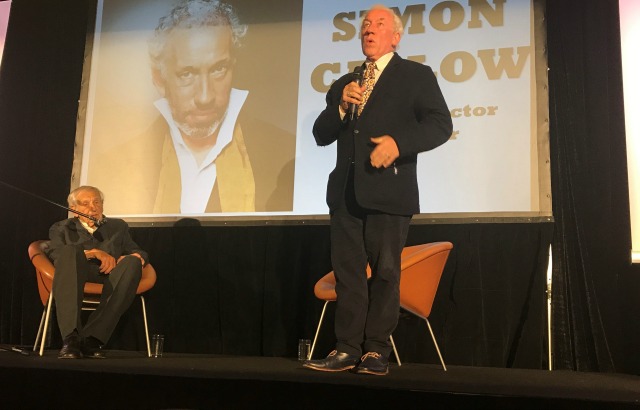 ‘CHIAROSCURO - from War Crime Trials to Clinical Trials’ takes place on Tuesday 25 July at the Great Hall of St Bartholomew’s Hospital, and will feature award-winning actor and director Simon Callow (Four Weddings and a Funeral) and Ralph Koltai, who worked on the Nuremberg trials during the 1940s. Other guests include medical researchers, actors, film makers, legal experts and patients.

Trials of Nazi High Command by the Nuremberg Military Tribunal were followed by the ‘Doctors’ Trial — prosecution of Nazi doctors for illegal medical experiments in the death camps. It is 70 years since their trial drew to a close in July 1947.

From that appallingly dark time came the light of hope. The prosecution lawyers and judges developed a set of ethical principles for medical research on humans, known as the Nuremberg Code, which underpins today's medical research and remains useful to this day.

In this commemoration of the emergence of the Nuremberg Code, stage designer Ralph Koltai CBE, approaching his 93rd year, will recall his work as librarian for the prosecution at Nuremberg in conversation with Dr David Collier from Queen Mary University of London (QMUL).

Simon Callow CBE will interview Ralph with an illustrated commentary on his subsequent work for the stage as the master of set design for over 40 years.

Further contributions from colleagues will provide a legal and an ethics perspective, while doctors and patients of the William Harvey Clinical Research Centre at QMUL will examine its significance for present-day clinical trials.

The event will also feature: