Two new species of African mole-rat have been discovered by researchers at Queen Mary University of London (QMUL), together with colleagues in Tanzania and at the University of Pretoria. 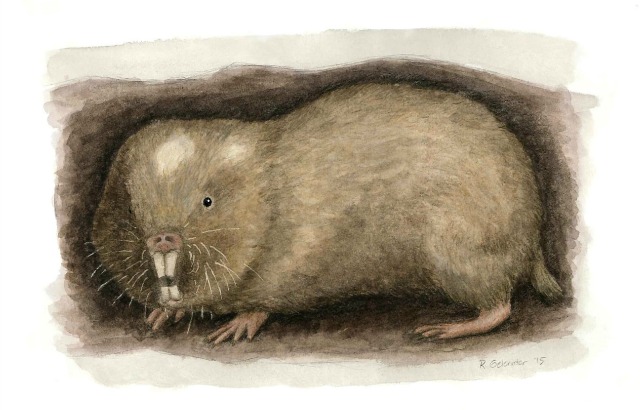 The species, formally described as Fukomys hanangensis and Fukomys livingstoni, were found around Mount Hanang and at Ujiji on the shores of Lake Tanganyika, both in Tanzania.

The latter is named after Dr David Livingstone, as Ujiji is the site of the famous meeting in 1871 when Henry Morton Stanley found the explorer, who many thought to be dead, and uttered the famous words “Dr Livingstone, I presume?”.

The research was published in the journal PeerJ.

African mole-rats are subterranean rodents that occur throughout sub-Saharan Africa. They have been widely studied because of the variation in their social and reproductive behaviours.

More recently the naked mole-rat (Heterocephalus glaber) has also emerged as a model species for the study of healthy ageing, longevity and cancer resistance.

Dr Chris Faulkes, from the School of Biological and Chemical Sciences and lead author of the paper, said: “We would like to find out more about the social behaviour of these new species – our initial studies indicate that they are cooperative breeders like others in their genus.”

“A clear understanding of African mole-rats’ biodiversity and evolutionary relationships has become increasingly important, not least because there are many species in the family, but also because there are a number of genetically unique, distinctive populations that are limited in their distribution – two of which we now formally name and describe fully in our paper.”

Most of the species in this group of mole-rats (Fukomys) are to the West of the Great African Rift Valley, while these are to the East, out of their normal range.

The researchers were therefore keen to characterise these populations and understand how and when they might have got to their current locations, as part of their wider studies on mole-rat biodiversity.

The results revealed two distinct evolutionary lineages that constitute previously unnamed species. Detailed genetic analysis suggests that geological and volcanic activity isolated these populations subsequent to their earlier dispersal in to this part of East Africa.

The broader scope of the research highlights how genetic data can be used to cross reference the timings of major geological events, and vice versa.

Dr Faulkes added: “Our research argues that the biodiversity hotspots in this part of Africa can be understood in terms of landscape evolution in the form of tectonic activity [Rift Valley formation], climatic fluctuations and subsequent expansion and contraction of forest and savannah habitats.”