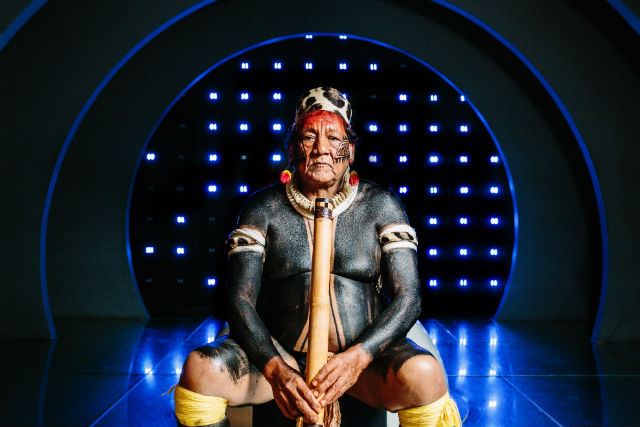 50 free tickets are available to the general public on a first come, first served basis.

The panellists, Professor Paul Heritage, Director of People’s Palace Projects and Professor of Drama and Performance at QMUL, Jerry Brotton, Professor of Renaissance Studies at QMUL, and Adam Lowe, Director of Factum Foundation, will discuss a programme they have set up in collaboration with an indigenous community in Brazil to create 3D maps of their territories and cultures.

Building dialogues using digital technologies, the team explored new ways in which indigenous peoples can bring the evolving experiences of first millennial life to contemporary debates about Brazilian economic and social development in the third millennium.

The talk will be followed by a drinks reception and an exhibition launch designed by Brazilian designer Gringo Cardia, who is best known for his theatre and music set designs. The evening will also feature guest performances by Brazilian tropical post-punk duo Tetine and London beatbox artist Conrad Murray.

People’s Palace Projects is based in QMUL’s School of English and Drama. For the past 20 years, its cultural exchange programmes and creative projects have sought to make a measurable impact on people’s lives. This includes working in the Brazilian prison system, negotiating cease fires between rival drug gangs in Rio de Janeiro and improving degraded environments in Acre, Brazil.

In 2010, People’s Palace Projects became the first and only UK arts organisation to be designated as one of the Brazilian Ministry of Culture’s International ‘Pontos de Cultura’ (Points of Culture). Professor Paul Heritage has been knighted by the Brazilian government for his contribution to UK-Brazilian cooperation.

Next week, collaborating artist-researcher Takumã Kuikuro will receive an Honorary Fellowship from QMUL at Winter Graduation.