Why the European Court of Justice isn’t going away

One of the most contentious issues in Britain’s exit from the EU is the role of the European Court of Justice (ECJ) during and after Brexit. This is because Brexit is ultimately a question of sovereign authority. Who decides the rules of the game when things go awry: a UK judge, or their EU counterpart? Davor Jancic from QMUL's School of Law examines the ECJ’s impact on British sovereignty by reflecting on the contents and implementation of withdrawal. 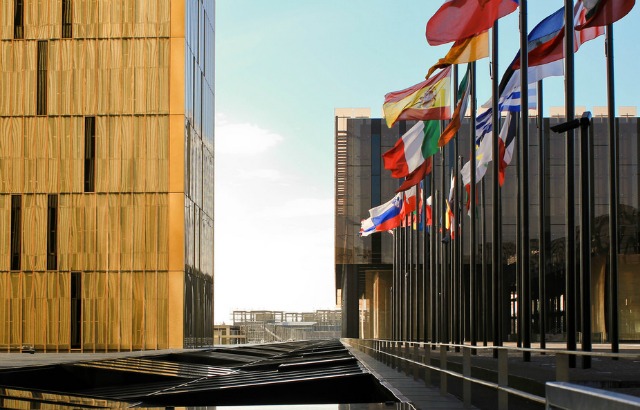 Outside the European Court of Justice

The ECJ has a strong role if a Member State, the European Parliament, the Council or the Commission ask the Court for an opinion on whether an EU-UK withdrawal agreement violates the EU Treaties. This could refer to residence, pension or healthcare rights accrued during EU membership, or institutional arrangements that are intended to facilitate withdrawal.

If the ECJ found the agreement to be in breach of EU law, the agreement would have to be amended. The ECJ may also be persuaded to annul the decision to sign or conclude the agreement, as it did in 2006 with the 2004 EU-US PNR agreement that sought to provide passenger data of EU citizens to US authorities.

When it comes to a potential future UK-EU free trade agreement, the ECJ may be asked to decide on ‘mixity’ – that is, whether it should be concluded only by the EU or jointly by the EU and the Member States. The latter creates extra veto opportunities because it additionally requires approval by national and regional parliaments. For instance, EU trade agreements with Canada (CETA) and South Korea are mixed, and the EU-Singapore agreement will also be mixed if the ECJ follows the advice of the British Advocate-General Eleanor Sharpston.

The likelihood of a UK-EU trade agreement being mixed is high given Prime Minister Theresa May’s aspiration to create a ‘deep and special partnership’ going beyond trade in goods and services. The deeper the partnership, however, the greater the likelihood of ECJ jurisdiction. In addition, if the UK and the EU sought to form an association, this would require unanimity in the Council, which would create further veto powers by individual Member States.

Future reciprocity: who has jurisdiction in trade disputes?

The ECJ may retain jurisdiction over Britain well after Brexit day. The degree is a sliding scale: the softer the Brexit, the greater the ECJ jurisdiction. This is because as long as a state reaps the benefits of EU membership, above all freedoms of movement, it must give up a portion of sovereign control over the governance of those benefits. This is why any transitional period, currently floated to last three to five years, would need to include ECJ competence. Eurosceptics who are demanding UK Supreme Court jurisdiction over disputes arising out of any interim agreement are being fanciful, because that would enable British judges to make EU law which the UK actively wants to jettison.

The leaked European Commission guidelines on a Brexit negotiating mandate insist on ECJ competence both for pending UK cases and for the interpretation and enforcement of the withdrawal agreement. One contentious issue relates to social security rights, because the UK might become subject to future amendments of EU law in this area without having a say in their making. In its ‘red lines’ resolution, the European Parliament made ECJ jurisdiction a condition for consent. 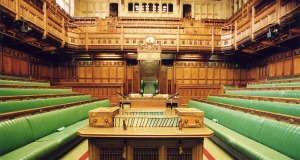 More importantly, the EU wants to ensure that all concepts and provisions of EU law used in the withdrawal agreement continue to be interpreted according to pre-Brexit ECJ case law, while post-Brexit ECJ case law should also be taken into account. The setting up of an alternative dispute settlement mechanism is only envisaged for provisions of the agreement that are unrelated to EU law. Yet any new dispute settlement structure may grind to a halt at the ECJ, as an attempt to establish a European Economic Area Court did in 1991. In 2014, the ECJ similarly scuppered the draft agreement on EU accession to the European Convention on Human Rights for fear of it jeopardising its supremacy over the interpretation of EU law.

The UK government’s White Paper on the Great Repeal Bill intends to convert ‘historic’ ECJ case law into British common law by giving it the status of binding precedent from which the Supreme Court would only depart exceptionally. This means that EU law converted into UK law would continue to be supreme and be interpreted by reference to ECJ case law until replaced by an Act of Parliament. This wish to guarantee coherent interpretation of EU-derived rights in the UK before and after Brexit indicates that UK courts might decide to follow post-Brexit ECJ judgments on pre-Brexit EU law. However, replacement UK legislation would not need to be interpreted in light of ECJ case law.

Reporting in March 2017, the House of Commons Justice Committee conceded that keeping ECJ jurisdiction on certain procedural matters is ‘a price worth paying’ to provide certainty for families and businesses. These matters include mutual recognition and enforcement of judgments as well as rules determining which court should hear disputes and what law should apply when there is a conflict of laws between two Member States. This would require UK courts to give ‘due regard’ to ECJ judgments in these areas.

Even in the ‘hardest’ possible Brexit scenario, ECJ case law will continue to matter because for UK businesses to sell their products and services in the EU single market they will have to respect the standards set by the ECJ. This operates as a permanent limit to the control that Britain can take back and degree of sovereignty it can restore.

The risk to financial services

As long as UK law is substantively the same as EU law, there could be room for reciprocity and seamless cooperation based on the equivalence of regulatory regimes. However, risks arise as soon as UK courts start interpreting UK law at variance with EU law and ECJ case law, because this would cause substantive regulatory divergence between UK and EU law. This is particularly important for the financial services sector. The more UK and EU law drift apart, the lower the chance of British finance companies retaining single market access based on equivalence. Therefore, one way of softening Brexit would be for UK courts to interpret British law in a way that mirrors EU law to the greatest possible extent, as the ECJ does. This is all the more important if financial services end up being excluded from a future UK-EU trade deal, as the latest EU negotiating guidelines suggest.

Long-term UK judicial alignment with the ECJ, however, is unrealistic because it would collide with the prevalent leitmotif of Brexit, which seems to be to eliminate ECJ competence and re-empower the British judge. Either way, although the UK is set to leave, EU law as shaped by the ECJ will remain relevant in UK law for years to come.