The addition of high doses of a form of vitamin A could help make chemotherapy more successful in treating pancreatic cancer, according to an early study by Queen Mary University of London (QMUL). 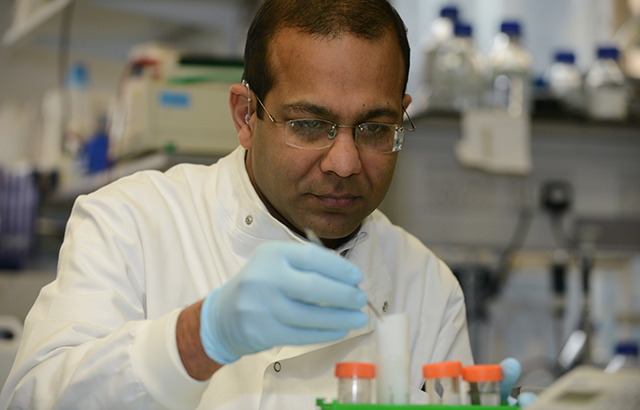 The promising initial results have led to the potential treatment being tested in a new clinical trial.

Around 8,800 people in the UK are diagnosed with pancreatic cancer each year. It is known as the UK’s deadliest cancer, with a survival rate of just 3 per cent.

Chemotherapy and radiotherapy alone are relatively unsuccessful in treating the disease, and while surgery to remove the tumour offers the best chance of survival, most patients are diagnosed when the cancer has already spread to other organs. A new approach is needed to target the cancer more effectively.

Cancer cells are surrounded by other cells called ‘stromal cells’, which can make up 80 per cent of pancreatic cancer tissue. These relatively normal tissue cells communicate with the cancer cells and play a major role in cancer progression, and could offer a new target for treatment.

Lead researcher Professor Hemant Kocher from QMUL’s Barts Cancer Institute said: “This is the first time that we have combined vitamin A with chemotherapy for pancreatic cancer. The results are so promising that we’re now taking this into a clinical trial.

“Pancreatic cancer is extremely hard to treat by chemotherapy, so this finding is important because vitamin A targets the non-cancerous tissue and makes the existing chemotherapy more effective, killing the cancer cells and shrinking tumours.

“This could potentially be applicable to other cancers because if we try to understand the cancer as a whole, including its surrounding tissue, we may be able to develop new and better treatments.”

Targeting stromal cells as well as the cancer cells blocks multiple cell signalling pathways that are used by cancer cells to become aggressive. This means that the cancer cells are no longer able to communicate as effectively and the tumour does not grow as it otherwise would.

The new approach is now being tested in a clinical trial, STARPAC, led from Barts Cancer Institute’s Centre for Experimental Cancer Medicine. The trial hopes to establish a safe combination of two chemotherapy medications with a stromal targeting agent and is currently recruiting participants.

QMUL PhD student Elisabete Carapuça added: “The majority of experimental work was done as part of my PhD project, and I am excited that our hard work in the laboratory is now being tested in the form of a clinical trial. We hope that it will benefit patients facing this awful disease.”

The STARPAC clinical trial is funded by the Medical Research Council and supported by Celgene Sarl Inc.

Patients should note that consumption of Vitamin A supplements is not recommended at this stage, as the results are not proven in human clinical trials.