Three researchers from Queen Mary University of London (QMUL) have been awarded £100,000 each by the Academy of Medical Sciences. 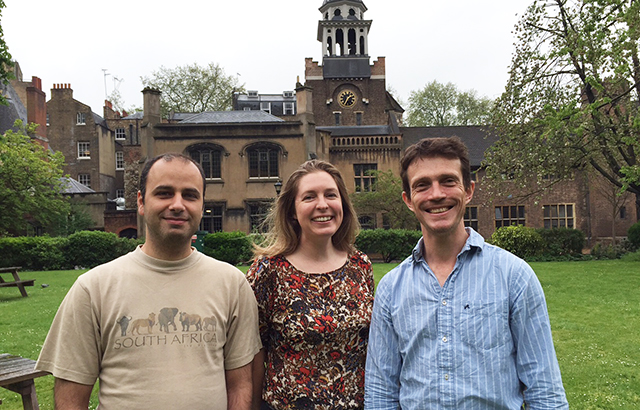 The grants are designed to support researchers in the first years of their independent career with funds, training and mentoring.

Sian Henson from QMUL’s William Harvey Research Institute was given her award to investigate the impact of ageing on human T cells, which are essential for immunity. Many detrimental changes occur to T cells as humans age, including their ability to move to important areas of the body which can contribute to a plethora of age-related diseases.

From QMUL’s Barts Cancer Institute, Angus Cameron’s grant will be used to study fibroblasts, cells in connective tissue which produce collagen and other fibres. They also help cancer cells to invade and spread around the body. His work will look at changing the way fibroblasts interact with malignant cancer cells in order to make tumours less invasive. By targeting the normal fibroblast cells of the host, it is hoped that drug resistance associated with targeting cancer cells might be sidestepped.

Also from Barts Cancer Institute, Paulo Ribeiro’s grant will be used on a project related to the molecular mechanisms regulating tissue growth. Regulation of tissue growth is crucial for development and the maintenance of tissue during adult life. The project will look at how defects in tissue growth regulation can promote tumour growth, and the work may in the future be translated into novel ways of targeting cancer cells.

Professor Robert Lechler, President of the Academy of Medical Sciences, said: “Biomedical researchers within the early years of starting a lecturer post are at a key stage of their career, where the right support can make a great difference. Establishing an independent research programme as an early stage researcher is challenging, and failure to acquire start up funds can result in loss of talented staff.

“To date, the Academy of Medical Sciences has supported clinician scientists and clinical lecturers as they start their independent research careers. I am delighted that we can now extend this support to biomedical scientists through the Springboard scheme.”