Professor Jack Cuzick elected as Fellow of the Royal Society

Professor Jack Cuzick from Queen Mary University of London (QMUL) has been elected as a new Fellow of the Royal Society. The election is in recognition of his achievements in the application of basic science discoveries to the practice of medicine, particularly preventive medicine in cancer. 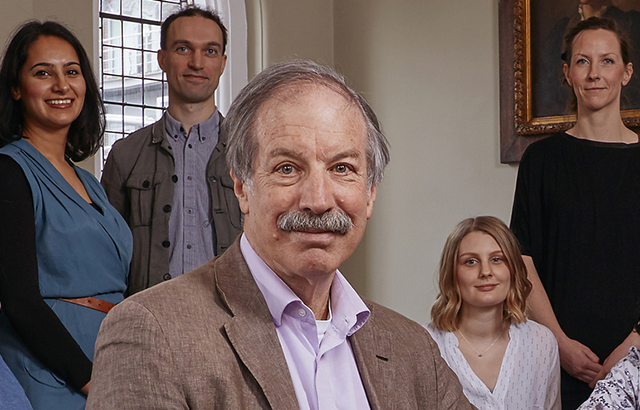 The Royal Society is the oldest scientific academy in continuous existence, dating back to the 1660s, with a purpose of recognising, promoting, and supporting excellence in science and encouraging the development and use of science for the benefit of humanity.

Its Fellowship is made up of the most eminent scientists, engineers and technologists from or living and working in the UK and the Commonwealth. Past Fellows and Foreign Members have included Isaac Newton, Charles Darwin, Albert Einstein and Stephen Hawking.

Professor Jack Cuzick, Director of QMUL’s Wolfson Institute of Preventive Medicine and head of the Centre for Cancer Prevention, said: “I'm delighted to be elected as Fellow of the Royal Society. It is a huge honour to be part of such a historic and influential scientific institution. This election is also an important step in helping preventive medicine to be recognised as a serious scientific endeavour.”

Professor Cuzick was the first to show that the drug tamoxifen was highly effective in the prevention of breast cancer, and subsequently demonstrated the superior efficacy and safety of aromatase inhibitor drugs, which can reduce breast cancer incidence by over 50 per cent. He also developed a widely used model for assessing breast cancer risk.

Discovery that the human papilloma virus (HPV) was the cause of cervical cancer prompted Professor Cuzick to use HPV DNA testing as an alternative to the conventional Pap smear test. HPV testing has now become the primary screening method in many places. In collaboration with others, he also showed that a type of HPV vaccine can virtually eliminate cervical cancer, and will lead to a much reduced need for screening.

Professor Cuzick also developed a method to identify a larger group of prostate cancer patients that can be safely managed by active surveillance than was previously possible, thus avoiding the morbidity associated with surgery or radiation therapy.

Venki Ramakrishnan, President of the Royal Society, said: “Science will continue to play a crucial role as we tackle some of the great challenges of our time including food, energy, health and the environment.  The scientists elected to the Fellowship are leaders who have advanced their fields through their ground breaking work. We are delighted to welcome them to the Royal Society.”