Dr Susana Godinho from Queen Mary University of London (QMUL) has been awarded the Lister Prize Fellowship for her visionary work on cancer. 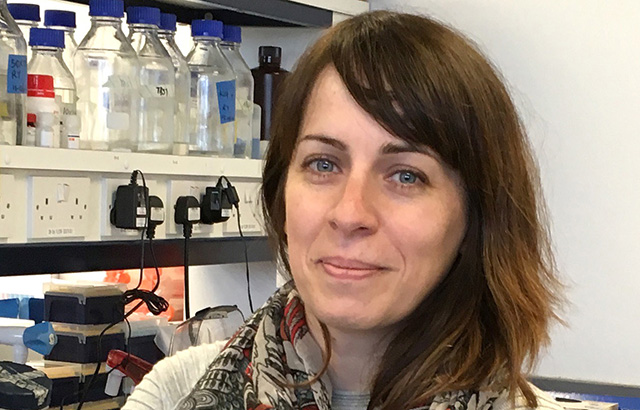 Named after Joseph Lister, the surgeon who introduced cleanliness and sterilisation into medical procedures in the late 19th century, the prize is awarded to promising future leaders with vision, on the basis of how their research ideas and contributions to date could be key to medical advances.

Dr Godinho, from QMUL’s Barts Cancer Institute, studies the role of ‘centrosomes’ in cancer. Centrosomes are important for organising the ‘skeleton’ of the cell, and help to separate the chromosomes as one cell splits to form two new cells. In cancer, cells can sometimes end up with more than the standard complement of one or two centrosomes, which can contribute to genetic instability and lead to the development of tumours.

Just five Lister Prize Fellowships of £200,000 are awarded each year, and Dr Godinho is the first lecturer at QMUL to win the prestigious prize. With this award, she hopes to investigate the role of centrosomes not only within the cell, but also on surrounding cells in the tumour and what this could mean for therapy, metastasis and treatment resistance.

The Lister Institute of Preventive Medicine is a UK medical research charity that supports promising young researchers in biomedical research. Previous winners of Lister Institute Fellowships include Professor Sir Alec Jeffreys, the inventor of DNA fingerprinting and one of the world’s leading geneticists, and Professor Sir Leszek Borysiewicz, Vice-Chancellor of Cambridge University and former Chief Executive of the Medical Research Council.