It’s all in the eyes: women and men really do see things differently

Women and men look at faces and absorb visual information in different ways, which suggests there is a gender difference in understanding visual cues, according to a team of scientists that included psychologists from Queen Mary University of London (QMUL). 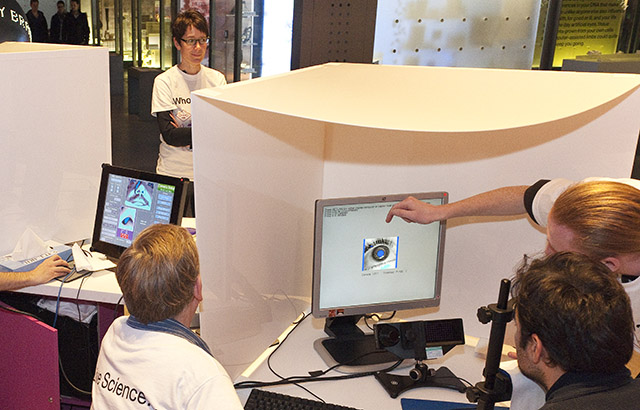 The researchers used an eye tracking device on almost 500 participants at the Science Museum over a five-week period to monitor and judge how much eye contact they felt comfortable with while looking at a face on a computer screen.

They found that women looked more at the left-hand side of faces and had a strong left eye bias, but that they also explored the face much more than men. The team observed that it was possible to tell the gender of the participant based on the scanning pattern of how they looked at the face with nearly 80 per cent accuracy. Given the very large sample size, the researchers suggest this is not due to chance.

Lead author Dr Antoine Coutrot from QMUL’s School of Biological and Chemical Sciences said: “This study is the first demonstration of a clear gender difference in how men and women look at faces.

“We are able to establish the gender of the participant based on how they scan the actors’ face, and can eliminate that it isn’t based on the culture of the participant as nearly 60 nationalities have been tested. We can also eliminate any other observable characteristics like perceived attractiveness or trustworthiness.”

The participants were asked to judge how comfortable the amount of eye contact they made with the actor in a Skype-like scenario. Each participant saw the same actor (there were eight in total) during the testing period, which was around 15 minutes. At the end of the session the researchers collected personality information about the participants through questionnaires.

Co-author Dr Isabelle Mareschal also from QMUL’s School of Biological and Chemical Sciences added: “There are numerous claims in popular culture that women and men look at things differently – this is the first demonstration, using eye tracking, to support this claim that they take in visual information in different ways.”

The team describe their findings in the Journal of Vision and suggest the gender difference in scanning visual information might impact many research fields, such as autism diagnosis or even everyday behaviours like watching a movie or looking at the road while driving.

The research was funded by the Leverhulme Trust and EPSRC and involved researchers from University College London and University of Nottingham.