Students from QMUL and Barts and The London School of Medicine and Dentistry have raised an impressive £48,567.13 for Charity Week 2015. 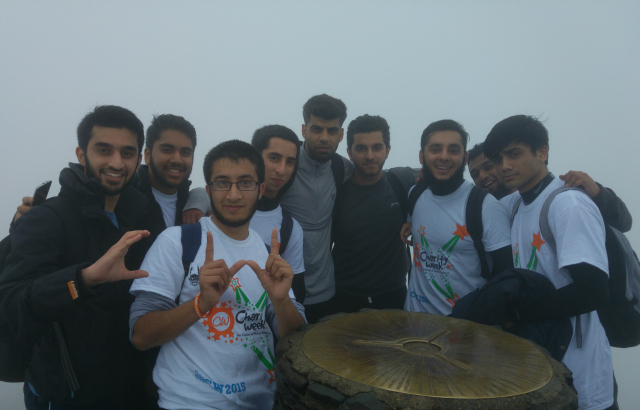 The volunteers from the Muslim Medics and Dentists Society and the Queen Mary Islamic Society kicked off the fundraising in late October with the annual ‘Intersociety Quiz’. Other popular events included a mountain trek up Snowdon, a fashion show, games’ nights and an ‘auction plus dinner’ with over 350 attendees, named The Big Event.

The amount raised by the two societies surpassed 2014’s total of £46,779.44 with all of it going to Charity Week, a non-profit organisation which helps orphans and needy children. The week was carried out in association with Islamic Relief (a member of UK’s Disaster Emergency Committee).

The all-important cake stalls also helped contribute to the total as they fed passersby in the Garrod Building and Library Square throughout the week.

Zakaria Rob, a second year medical student at QMUL, said: “The ultimate vision of Charity Week is to inspire students to become active and display the benefits of working as a team. Our aim was not just to raise money, but to also set foundations for teamwork and bringing alive creative ideas.

“We worked together, trusted each other, and most importantly, worked around individual strengths and weaknesses to produce the most effective team which in turn brought about an unforgettable week. And to top that, every penny raised will contribute towards improving the lives of orphans and needy children in all corners of the globe.”

He added: “From the Charity Week team, a big fat thank you to everyone who contributed through donations, time and participation. Your support is much appreciated!”

The first official Charity Week was launched in 2004, with almost 20 University Islamic Societies (ISocs) and Islamic Relief supporting the event. Now over 100 institutions take part on an annual basis with interest from as far afield as Australia and South Africa.