The centre ground of British politics could be further to the left than previously thought, according to new research from Queen Mary University of London and the University of Sussex. 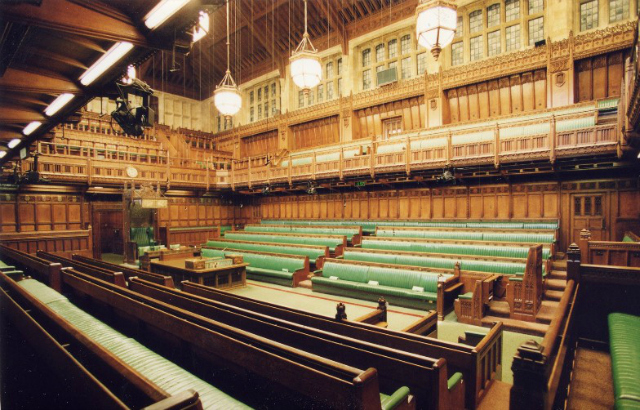 The study found that supporters of UK political parties are often more left-wing than they think.

The researchers asked supporters of the Conservatives, Greens, Labour, Liberal Democrats, SNP and Ukip to place themselves, the party they support, and the other five parties on an ideological scale from zero (very left-wing) to 10 (very right-wing).

They then asked them some direct, ideologically-charged questions in order to build up a picture of their underlying political attitudes.

The results, available in full here, show a mismatch between these arguably more objective measures and the subjective answers given by the participants.

For example, Conservative supporters locate their party at 7.82 on the left-right spectrum (i.e. considerably right of centre) and place themselves at 7.53. But the more 'objective' measure suggests their political leanings are only slightly right of centre, producing a score of 5.08.

The pattern is consistent across the six parties. Ukip supporters see themselves as closer to the centre ground (6.77) than their party as a whole (7.28), while the researchers measured them as being considerably left of centre (2.62).

The researchers do strike a note of caution, however, in drawing too many firm conclusions. Professor Tim Bale, said: "While our findings appear to show that we may be a more left-wing bunch than we commonly perceive, some of this could be down to the questions we asked to obtain our 'objective' score.

"Although we used a standard measure, it only satisfactorily taps into the economic rather than the social dimension of political ideology."

The study found that Labour supporters - polled before last summer's leadership election - saw themselves as considerably more left-wing than the party as a whole, which may help to explain Jeremy Corbyn's 'surprise' election as leader.

Unsurprisingly, supporters of the country's two biggest parties see their opposing parties as more left-wing (in the case of Labour) and more right-wing (Conservatives) than do the parties' own supporters.

Professor Paul Webb, Sussex University, added: "Political commentators often refer to winning the battle for the centre ground as the holy grail for election campaigns, but our study shows just how difficult it is to determine exactly where this is and what it looks like. Perhaps that is why, for so many politicians, it proves so elusive."

The researchers surveyed a cross-section of voters who declared a strong allegiance to one political party. While the number of people in this camp has shrunk over the last half century, they still represent an estimated 15 per cent of the electorate (around seven million people).

The surveys were carried out in the wake of the 2015 General Election as part of a wider ESRC-funded project on party membership in the 21st century.