The surprising history of Islam and Elizabethan England

In 1570, after numerous plots and assassination attempts against her, Elizabeth I of England was excommunicated by the Pope. It marked the beginning of an extraordinary relationship between England and the Islamic world, the likes of which would not be seen again until the modern age. 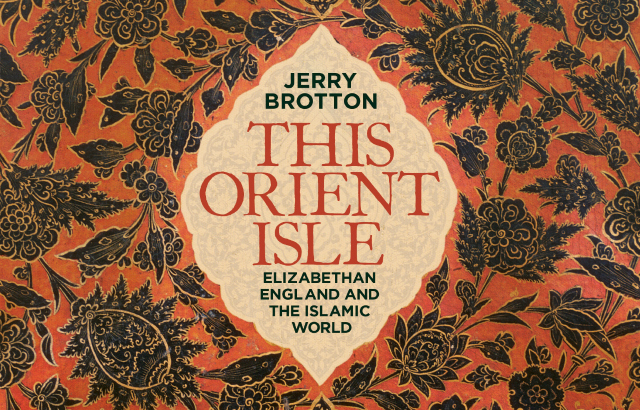 This Orient Isle, a new book by Professor Jerry Brotton from QMUL’s School of English and Drama, shows that England's relations with the Muslim world were far more extensive, and often more amicable, than we have appreciated.

Professor Brotton said: “The relationship between these two very different worlds was quite profound in all kinds of interesting ways. The effects of their many transactions were felt across the political, commercial and domestic landscape of Elizabethan England.”

England signed treaties with the Ottoman Porte, received ambassadors from the kings of Morocco and shipped munitions to Marrakech in the hope of establishing an accord which would keep the common enemy of Catholic Spain at bay.

English merchants had reached Persia in the 1560s, and by the 1580s Elizabeth was corresponding with the Ottoman Sultan, having installed an ambassador in Constantinople with the express intention of fomenting conflict with Spain. In 1599 Thomas Dallam, a Lancastrian blacksmith, was sent to the Ottoman capital to play his clockwork organ in front of Sultan Mehmed and the adventurer Sir Anthony Sherley was at the court of the Persian Shah Abbas the Great.

The following year the Moroccan ambassador, Abd al-Wahid bin Mohammed al-Annuri, spent six months in London with his entourage, making a great impression, including on Shakespeare who wrote Othello six months later. This awareness of the Islamic world found its way into many other great English cultural productions of the day such as Marlowe's Tamburlaine and Shakespeare's The Merchant of Venice and Titus Andronicus.

Professor Brotton said: “For me, it absolutely makes sense to talk about Shakespeare representing Turks, Moors and Muslim characters. It was there in Elizabethan life and it was very prevalent. This kind of history is relevant to many contemporary social and political questions, particularly those surrounding integration with Muslim communities. This book shows that Europe’s relationship with Islam has a long history, and perhaps there are things in that history which can help to address some of the questions we are currently asking.