Lizzie Barmes is Professor of Labour Law at Queen Mary University of London. She is author of Bullying and Behavioural Conflict at Work, recently published by Oxford University Press. 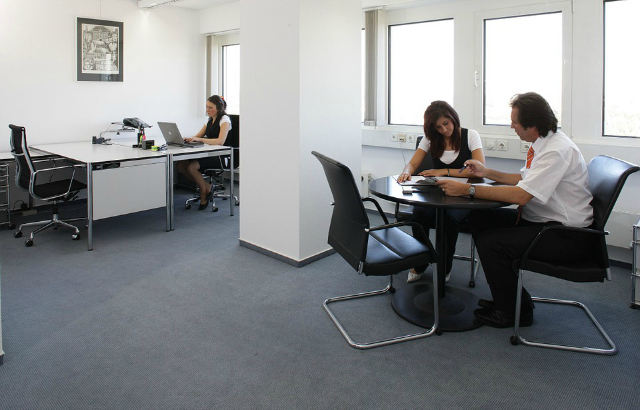 On the surface, our workplaces have never been more safe, sanitised, and rights-based. The modern human resource department ‘leans in’ to the language of equality and respect, and workers have a long menu of options to choose from should they feel aggrieved or ill-treated.

And yet, our individual experiences do not always tally with this superficially benign picture. Scratch the surface and it is easy to find pockets of conflict and toxicity lurking beneath the veneer of workplace harmony.

Meanwhile, many media reports and a creeping culture of victim blaming paint a disturbing picture of employees turning to law at the drop of a hat, and securing untold riches when they do.

This narrative is a superficially plausible one, given the rise in recent decades of individual legal protections at work. Many workers have the right not to be dismissed unfairly, there are multiple non-harassment obligations, and minority rights are legally protected and culturally respected.

The reality, however, is rather different. Many thousands of employees face very significant – even life altering – problems at work. Many of them suffer in silence, and very few will choose to litigate or use the law.

Far from beating a path to the courts, around one in five people who encounter serious issues at work will do nothing to confront their employer. The remaining roughly four out of five people try informal methods of resolution like talking to a manager or a colleague. Just two to three per cent decide to make a claim via the Employment Tribunal.

The sad reality is that the majority of serious problems at work go unsolved, leaving a stark choice for many working people: leave, or get on with it.

I recently finished a book about individual legal rights work which investigated these patterns by looking at bullying and other behavioural conflicts at work. Senior manager and lawyer Interviewees perceived a general reluctance to confront employers about problems. One interviewee said: ‘I think they put up with it because what happens when you flip over into being a victim is that you feel powerless, you feel the system can’t help and support you, that it must only be you, you must have done something wrong, you feel guilty, it’s your fault.’

They also gave insight into how the tiny percentage who sue their employers face an alienating, uncertain and often destructive ordeal, summed up by another interviewee ‘Litigation is just devastating. It’s just personally devastating…’ Just as bleak were indications that adversarialism prevents wider organizational learning from legal disputes. As another of my interviewees said: ‘Litigation is an adversarial process. It doesn’t assist you in how you might learn from things and move on. It puts you at one extreme side.’

The decline in union membership, ongoing economic uncertainty, the increase in precarious forms of employment and the steep decline in access to justice (especially from the July 2013 introduction of hefty fees to bring an Employment Tribunal claim) means that the widespread experience of employees being left to cope alone with workplace problems is only likely to grow.

Yet, it is not just individual employees who suffer from workplace difficulties going unsolved. Whether or not there is a turn to law, problems and conflicts often spill over to affect family and colleagues, even spreading out to undermine the culture of whole organizations. The following heartfelt description from my study gave a glimpse of this: ‘You’ve got the emotional impact on everybody. Nobody escapes unscathed. For me this is one of the over-arching things that I wish we could write in very large letters on walls. This affects everybody that it touches … I think of it as human wreckage. Nobody wins.’

Ironically, the same people can be employees dealing alone with insoluble work problems and managers acting as shock absorbers for conflicts between collective organizational goals and individual concerns. One interviewee’s account of this experience uncannily echoed what others said about how hard it is to bring a claim: ‘It did really feel devastating. I don’t think I ever felt quite the same again at work.’

I argue that central to all this harm is the very poor fit between individualization and the experience of work as, essentially, a communal endeavour. After all, it is often at work that we forge our sense of our place in the world, connect to others and make links between what matters to us and to wider society.

In a sense, this is just another story about the rise of individualism, globally and domestically, and of the damage this can do. In this version, successive UK governments have used the form of legal rights and enforcement systems to individualize employee relations and to marginalize collective, plural approaches to working life, whether  traditional trade unionism or of other kinds that might have emerged.

Against that background it is not surprising that people are so often unwilling and unable to do much when their employers respond ineffectively to their problems and are unconstructive about legal protections at work. Instead various organizational responses, including from well-meaning employers, like elaborate procedures, misunderstanding the law and wholesale rejection of legally imposed standards, seem to get in the way of employers taking on board the basic, straightforward and accessible message that my study shows running through individual legal rights at work. This is that organizations should treat the people who work for them fairly, reasonably and in line with equality norms, both in their procedures and in their substantive decision-making, but always thinking about what these ideals require in the particular workplace context and set of circumstances. As another interviewee said: ‘[T]he very simple headline message is ‘Treat people with respect and don’t insult them’.’

The upshot is that all the employment and equality rights that have been legislated in this country can only work effectively if ways are found to re-inject the collective, communal reality of working life into on the ground implementation of individual legal rights. The urgent need is to make these laws, and the fairness, reasonableness and egalitarian standards they embody, usable in the hands of working people, their representatives, campaign groups and, indeed, managers and employers, with the ultimate goals of addressing problems more effectively and of making UK working life at the same time more functional and more just.